Catherine O’Connor, an alert grandmother in Everett, Washington, was concerned about her grandson.  He had allegedly held up a convenience store on February 12.  His AK-47 made him feel powerful.  Granny read his journal and discovered his plot to shoot up one of two local high schools with his AK-47, grenades, and a pressure-cooker bomb.

She called the police.  Washington has extreme risk protection orders (RCW 7.94) which allow police to confiscate guns when red flags are present.  He was arrested, and nobody at ACES High School was shot on Valentine’s Day.

What are the red flags?

Sadly, nobody effectively intervened before Nikolas Cruz went on a shooting rampage at Stoneman Douglas High School in Parkland, Florida.  He killed 17 people and wounded 16.  One of the wounded was Samantha Fuentes, who is the niece of the NNEDV’s spokesperson Victor Rivas Rivers.

The trifecta of red flags was abundantly obvious in Parkland, Florida.  The police had been called to the shooter’s home 39 times for domestic violence, elder abuse, and mental illness.  The shooter had been expelled from school after his girlfriend ditched him, and he got into a fight with her new boyfriend.  Someone called the FBI on January 5 to report a shooting rampage was imminent.  The shooter purchased 33 guns during the year before the rampage.  The shooter was a white nationalist.  The shooter bragged about his intent on social media.

How the hell did so many officials miss the red flags?  They were everywhere.

Florida has perhaps the most gun-friendly culture in the United States.  The Miami New Times reported after the shooting rampage at Sandy Hook in 2013:

For years, the National Rifle Association has used Tallahassee’s compliant legislature as a test tube for gun-friendly laws. The Sunshine State was the first to pass Stand Your Ground, which has spread to 17 other states and earned national media attention after the Trayvon Martin killing, and the first to break a million concealed weapons permits. Thanks to generous tax breaks, gun manufacturers have flocked to Florida under Gov. Rick Scott.

During CNN’s Town Hall in Parkland on Wednesday, I was stunned (not shocked) to hear that Gov. Scott has given substantial tax breaks to manufacturers of assault weapons.  We the People are subsidizing the slaughter of school students!

Colt, which manufacturers the AR15 used at Stoneman Douglas, was offered $1.6 million from Gov. Scott.  Despite sanctions against Russia, Gov. Scott offered $162,000 to the manufacturer of Kalashnikov AK-47s.  And, Florida is home to 691 gun manufacturers.

In a gun culture environment, the shooter’s behavior seems normal.  Sadly, an alarming number of people love their guns more than their grandkids.

In any other context, we’d lock someone up if they announced their intent to purchase something which had just one purpose:  to kill someone.

Guns don’t keep us safe.  Four police officers in Lakewood, Washington were armed and trained.  Yet, not one of them had the quick reflexes to timely return fire when they were assassinated in a coffee shop.  At Ft. Hood, a gunman killed 13 people and wounded 32.  The armed school resource officer at Stoneman Douglas exploded the myth that good guys with guns stop bad guys with guns.

Head-to-toe body armor might keep us safe.  We don’t wear full body armor because it is tough to navigate life while wearing it.  And, people would accurately presume we might be a tad bit paranoid.

Instead, paranoid people buy an arsenal of guns.  They delude themselves into believing they’ll have faster reflexes than those four Lakewood police officers, Ft. Hood soldiers, or the Stoneman Douglas school resources officer.  Paranoia and delusional thinking are symptoms of mental illness.

Limits on the Second Amendment

A well regulated Militia, being necessary to the security of a free State, the right of the people to keep and bear Arms, shall not be infringed.

What exactly does this mean?  I was surprised to read Justice Anton Scalia’s 2008 opinion in DC v. Heller.  The late Justice Scalia was a gun nut and fan of strict construction:

. . .the right secured by the Second Amendment is not unlimited. . .not a right to keep and carry any weapon whatsoever in any manner whatsoever and for whatever purpose. . .longstanding prohibitions on the possession of firearms by felons and the mentally ill. . .carrying of firearms in sensitive places such as schools and government buildings. . .prohibiting the carrying of “dangerous and unusual weapons.”  [emphasis added]

. . .the inherent right of self-defense has been central to the Second Amendment right. . .the home, where the need for defense of self, family, and property is most acute. . .the American people have considered the handgun to be the quintessential self-defense weapon.

The liberal dissenting justices, ironically, employed even more strict construction to the Second Amendment arguing that the right to bear arms was limited to active militia (National Guard) members:

There is not so much as a whisper. . .that [Justice] Story believed that the right secured by the Amendment bore any relation to private use or possession of weapons for activities like hunting or personal self-defense.

Their tussle explains Scalia’s snarky comment which should send a chill down the spines of hunters who believe they have a constitutionally protected right to own guns used for hunting:

The right “to carry arms. . .for the purpose of killing game” is worthy of the mad hatter.

We’ve all been seduced into believing the myth that guns used for hunting are constitutionally protected because nobody ~ especially politicians ~ wants to fuck up the potluck and tell crazy Uncle Joe that his lust for killing Bambi is more than a little sick.  Nobody wants to call him an asshole because he loves his guns more than his grandkids.  We’re all a little bit scared to confiscate his guns because he just might shoot us.

Let that sink in. 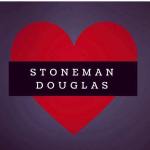 The #NeverAgain kids at Parkland’s Stoneman Douglas are amazing, passionate advocates for an end to gun violence.  But, politicians who are being bribed by the NRA ~ especially in Florida ~ won’t be passing meaningful gun legislation anytime soon.  However, the Fourth Circuit’s decision in Kolbe v. Hogan (2017) relied on DC v. Heller to approve Maryland’s ban on assault rifles in order to prevent future shooting rampages.  Maryland’s law is a great launching point for other states.

The good news is that we can all have gun control today.  We can reflect on the red flags.  Are they present in our lives and homes?  We can demand that the guns be removed from our homes.  The life you save might be your own.

We’ll get to protecting your kids and grandkids when they aren’t home in my next post.