Watch out, NRA!  The Stoneman Douglas #NeverAgain student activists have raised over $4 million in four days.  They received gifts of $500K from George and Amal Clooney, Oprah Winfrey, Steven Spielberg, and Jeffrey Katzenberg.  Another $2 million has been raised via the March for Our Lives GoFundMe page.  They plan to hold a march on Washington, D.C. on March 24. 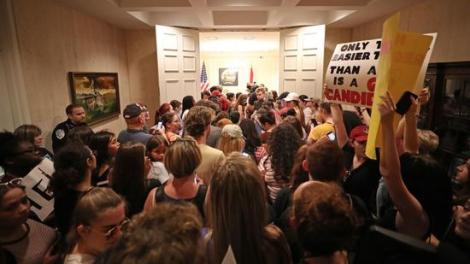 It all started with Cameron Kasky’s #NeverAgain movement.  He leads a group of about 20 student survivors including Emma González, Alex Wind, Jaclyn Corin, and David Hogg.  The student activists have lobbied the Florida state legislature and were included in a meeting at the White House.  They are garnering national media attention.

We’re children.
You guys are the adults.
You need to take some action and play a role.
Work together.
Congress needs to get over your political bias
with each other and get something done.
David Hogg

The Sheriff promised to investigate law enforcement’s protocols and procedures to determine whether mistakes or errors in judgment were made.  Yesterday he announced that the armed school resources officer Scot Peterson abdicated his duty to protect the students when the shooting rampage started.  The good guy with the gun didn’t, in fact, stop the bad guy with a gun.

Despite persistent demands from the audience, Sen. Rubio refused to pursue a ban on assault weapons and made excuses about how difficult a ban would be to implement despite the Fourth Circuit’s decision in Kolbe v. Hogan which upheld Maryland’s ban on assault weapons.  Maryland’s law includes a comprehensive list of guns and ammunition which should be banned to prevent school shooting rampages.

#NeverAgain activist Sarah Chadwick posted a snarky and humorous Tweet:  “We should change the names of AR-15s to ‘Marco Rubio’ because they are so easy to buy.” 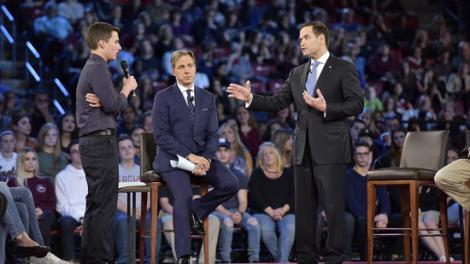 Can you tell me right now that you will not
accept a single donation from the NRA in the future?
Cameron Kasky to Marco Rubio

Rep. Ted Deutch (D-FL) and Sen. Rubio got into a testy exchange over a proposed assault weapons ban.  The NRA’s suggestion that teachers be armed was roundly rejected. 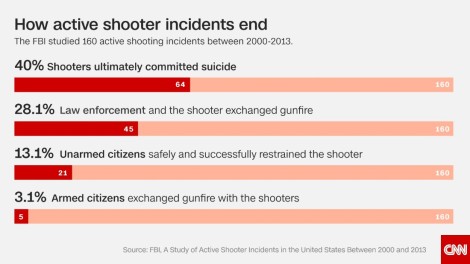 Given that just 3.1% of shooting rampages end with a civilian shooting the perpetrator, their instincts are prudent.  When you factor in the armed resource officer’s abdication, the lunacy of this suggestion is obvious.

The audience called “BS” on Ms. Loesch’s pledge that she was with Stoneman Douglas.  Her answers to questions were met with hostile jeers and some yelled, “You’re a murderer.”

Is it going to be safe for me to go back to school?
Avery Anger

Sadly, none of the speakers were willing to assure that students will be safe when they return to school.  Slate posted highlight clips.  The closing poem and clips are available at CNN’s site.

Throughout the town hall meeting, I heard the phrase “weapons of war” and knew the students and parents had done their homework and were fluent with the Fourth Circuit’s 2017 decision in Kolbe v. Hogan.  The decision upheld Maryland’s assault weapons ban which was designed to prevent shooting rampages; it relied on DC v. Heller.  Appeal of Kolbe v. Hogan to the Supreme Court was denied in November.

Kolbe v. Hogan opens with a vivid description of the shooting rampage at Sandy Hook before it launches into a laundry list of locations and carnage:

Both before and after Newton, similar military-style rifles [AR-15s] and detachable magazines have been used to perpetrate mass shootings in places whose names have become synonymous with the slaughters that occurred there. . .Aurora, CO. . .San Bernardino, CA. . .Pulse. . .Virginia Tech. . .Fort Hood, TX. . .Binghamton, NY. . .Tucson, AZ. . .D.C. Sniper.

Maryland enacted the Firearm Safety Act (FSA) which bans the AR-15 and military-style rifles and shotguns as well as detachable large-capacity magazines.  The statute included a very long list of banned weapons.  Four federal appellate courts upheld these bans in the wake of DC v. Heller.  The Fourth Circuit joined them in deciding:

. . .the banned assault weapons and large-capacity magazines are not protected by the Second Amendment. . .

We have no power to extend Second Amendment protection to the weapons of war. . .

The decision zeroed in on the “capacity for lethality” and listed similar weapons which have been banned:  M16s, machineguns, and short-barreled shotguns.  I was stunned to read 8 million assault weapons were 3% of the 300 million firearms owned in the United States in 2013.  Further, the 1% of people who owned assault weapons had an average of three in their arsenal.  These weapons were “used disproportionately” in “mass shootings and the murders of law enforcement officers:”

. . .reducing the number of rounds that can be fired without reloading increases the odds that lives will be spared in a mass shooting.

. . .limiting a shooter to a ten-round magazine could mean the difference between life and death for many people.

As in DC v. Heller, the court cited the wisdom of prohibiting firearms in “sensitive places such as schools.”  Obviously, the courts are more concerned and circumspect about preventing gun violence in schools than the NRA, the White House, and elected officials beholden to the NRA.

Listen to Your Kids:  Several Stoneman Douglas students correctly predicted to their parents that the shooter was the student most likely to go on a rampage.  We all need to be more pro-active ~ see something/say something ~ in reporting these conversations to authorities and demanding effective intervention.  It worked in Everett, WA, and it will work where you live too.

Challenge Your Point of View:  #NeverAgain has challenged the adults in the room to get along and take action.  The NRA would call me a “libtard,” a “snowflake,” and “a delusional idealist.”  Well, the students at ACES High School in very Blue Everett, WA lived to see another day.  Why?  We are realistic about the lethality of assault weapons.

In contrast, 17 people in deep Red, gun-crazy Parkland, FL are dead.  Another 16 were wounded.  SCOTUS had a valid reason to deem that assault weapons are “weapons of war” which are not protected by the 2nd Amendment.  The right to bear arms is predicated on the “security of a free state.”  None of us is secure because a tiny minority (1%) of paranoid freaks don’t feel safe absent a trio of assault weapons in their arsenal.

The courts are correct:  guns have no place in our schools.

Red Flags:  In my previous post, I wrote about dramatically different outcomes in Everett, WA and Parkland, FL on Valentine’s Day.  An alert grandmother noticed the red flags and worked in concert with astute law enforcement to leverage Washington’s “extreme risk” protocols to prevent a rampage at ACES high school.

Gun-Free Homes:  Exercise your own gun control.  Demand that guns be removed from your home ~ especially if anyone exhibits the red flags I wrote about in my previous post.  Nobody is safe with an arsenal of guns in the house.

Extreme Risk Protection Orders:  This is a new approach which entails confiscation of guns when a gun owner’s behavior indicates the person presents a likely harm to himself or others.  It is especially important when there is a history of domestic violence and escalating abuse.  I’m not a fan of laws which require a conviction because it ignores how many people die before a perpetrator ends up in court.  This approach is essential when guns were purchased before abusive behavior surfaces.

Assault Weapon Bans:  This is a no-brainer since they aren’t constitutionally protected weapons, and they are the weapons of choice for shooting rampage perpetrators.  Ditto for large-capacity ammunition magazines.  One percent of the population is essentially holding the other 99% hostage.

Tax Assault Weapons and Ammunition:  Who is going to pay for the expense of “hardening” our schools and employing school resource officers?  Since just 1% of the population owns assault rifles (which aren’t constitutionally protected), why should the rest of us bear the tax burden?

An Indiana high school spent $400,000 on a security system which has been deemed the safest in America.  If we replicated this in the approximately 100,000 schools in America, the cost would be about $13,103/assault weapon owner.

Better FBI Profiles:  I’m not a huge fan of enhanced background checks because the FBI still has their collective heads up their asses in terms of a viable assessment of the profiles of shooting rampage perpetrators.  They have historically misconstrued domestic violence and child abuse as mental illness.  While domestic violence might have its roots in mental illness, a substantial number of mentally ill people are not violent and don’t aspire to engage in power and control tactics over others.

Mandatory Insurance on Assault Weapons and Gun Collections:  Insurance is mandated by law or contract for motor vehicles and homes.  If it was similarly mandated for assault weapons and arsenals of guns, insurance companies would make a lethality assessment and charge premiums to cover the cost of shooting rampage carnage.  I trust insurance companies to make more accurate assessments than the FBI or law enforcement.

Samantha Fuentes was wounded during the shooting rampage.  Two of her classmates, Helena Ramsey and Nicholas Dworet, didn’t survive.

We have a voice now.
Scenarios like this are entirely preventable.
Samantha Fuentes

My heart stopped when my colleague Victor Rivas Rivers posted on Facebook that his niece, Samantha Fuentes, had been shot multiple times.  Mr. Rivers is the spokesperson for the National Network to End Domestic Violence and the author of the amazing memoir, A Private Family Matter.

It appears Ms. Fuentes might be following in her uncle’s footsteps, and he’s very proud of her.  The New York Times wrote about her injuries and ROTC service which is where she met the shooter.  Before the shooting rampage began, Ms. Fuentes’ class had been studying hate groups and the history of the holocaust.  In another article, the NYT reported that she wasn’t impressed by her phone chat with Donald Trump.

She has been interviewed by Inside Edition and the Today Show.  She remembered classmates who didn’t survive in an interview with WSVN.  She told her local ABC affiliate that she witnessed the deaths of Helena Ramsey and Nicholas Dworet. 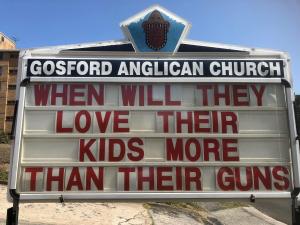