A special shout-out to William Race, organic vintner and tech genius, for recommending Tara Westover’s memoir Educated.  The book is a blend of The Glass Castle and Hillbilly Elegy with a side of stellar education. Yes, Ms. Westover is brilliant with impeccable educational credentials, but she is also horridly wounded emotionally.

My life was narrated for me by others.
Their voices were forced, emphatic, absolute.
It had never occurred to me that
my voice might be as strong as theirs.
– Tara Westover, Educated

Doris Buffett has a theory that perpetrators of child abuse are mentally ill. This is definitely true of Tara Westover’s survivalist, Mormon father. He didn’t allow his children to receive a formal education or medical attention.  Dr. Westover never saw the inside of a classroom until she was admitted to Brigham Young University (BYU) on scholarship.  She was self-educated.

Dr. Westover received a Gates Cambridge Scholarship, and she earned an MPhil from Trinity College, Cambridge in England before receiving a fellowship to attend Harvard University and returning to Cambridge for her PhD in history.

Tara Westover as a child

Three of the seven Westover children, Tyler, Tara, and Richard, received PhDs. Their childhoods were spent in abject poverty at Buck’s Peak in Idaho, but their mother’s essential oils and herbs ultimately made the parents, Val and LaRee, quite wealthy.  Her mother served as the local midwife, but Dr. Westover doesn’t have a birth certificate or any idea when exactly she was born in 1986.

Her brother Tyler introduced her to classical music and encouraged her to follow him to BYU for an education. 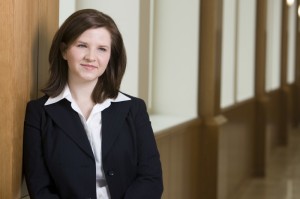 At BYU, Dr. Paul Kerry noticed and mentored her brilliance and encouraged her to accept the Gates scholarship.  A Mormon bishop attempted to help her heal from emotional wounds.  Her fellow students helped her adapt to mainstream college life and learn effective study habits.  Drew Mecham became her “haven,” but they are no longer a couple.

Professor Jonathan Steinberg became her Cambridge mentor and encouraged her to accept a Harvard fellowship.  Ultimately:

My friends in Cambridge had become a kind of family, and I felt a sense of belonging with them that, for many years, had been absent on Buck’s Peak. . .No natural sister should love a stranger more than a brother, I thought, and what sort of daughter prefers a teacher to her own father?

. . .I did not want to go home.  I preferred the family I had chosen to the one I had been given, so the happier I became in Cambridge, the more my happiness was made fetid by my feeling that I had betrayed Buck’s Peak. 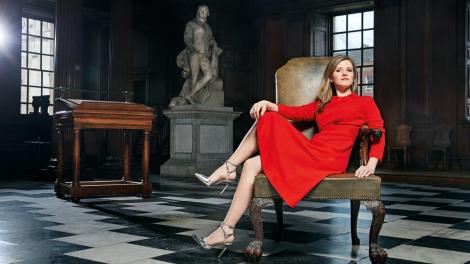 Ms. Westover devoured her educational opportunities like a starving child.  She became a Renaissance woman studying everything which peaked her interest and helped her understand her being.  Yet, she had a hard time jettisoning her father’s rants and conditioning:

. . .there was a single line written by John Stuart Mill that, when I read it, moved the world:  “It is a subject on which nothing final can be known.”  The subject Mill had in mind was the nature of women.  Mill claimed that women have been coaxed, cajoled, shoved and squashed into a series of feminine contortions for so many centuries, that it is now quite impossible to define their natural abilities or aspirations. . .

Never had I found such comfort in a void, in the black absence of knowledge.  It seemed to say:  whatever you are, you are woman.

Dr. Westover formed new bonds with two of her aunts but is estranged from her family at Buck’s Peak.

The most haunting passage in the book was an epiphany she had while writing in her journal after her brother abused her horrifically in a grocery store parking lot.  I’ve been there.  I will never, ever forget looking at my father’s face and noticing that my pain gave him pleasure.  It made him immensely happy to wound me to my core:

There is no fury in it.  Only pleasure, unperturbed. . .my humiliation was the cause of that pleasure.  It was not an accident or side effect.  It was the objective.