I was saved by love.

Victor Rivas Rivers’ memoir A Private Family Matter is by far the best survivor story I’ve read.  Mr. Rivers is the national spokesperson for the National Network to End Domestic Violence (NNEDV).  Yes, a former NFL offensive guard for the Miami Dolphins and an actor who has been in dozens of movies is the spokesperson for an issue that many think is reserved for women.

As Father’s Day approaches, I believe we need to acknowledge that a whole lot of us grew up in homes where father didn’t know best.  Many of our fathers were abusive tyrants who terrified the hell out of us on a daily basis.  Some beat us with fists.  Others beat us with words and glares.  We weren’t protected by a strong and gentle man.  We were on our own to survive as best we could.  I think Mr. Rivers’ story of child abuse and neglect, starvation, and emotional abuse will feel quite familiar to many child abuse survivors:

To try to predict what he would do was folly.  Even stupider was to try to humor or placate him. . .

Many of our neighbors and their kids thought Dad was the greatest. . .When I tried to tell someone like Greg Guerrero who Dad really was, he and the others would tell me I was full of shit.  They had no idea. . .how could anyone know?

. . .We had been programmed and trained not to cry, not to make a scene.

. . .he was extremely smart, capable of attaining success. . .she dismissed clues that he had already squandered most of his inheritance and had no money of his own, and that one of the reasons his parents were eager for him to marry her was probably the hope that her responsible, upstanding nature would rub off on him. . . 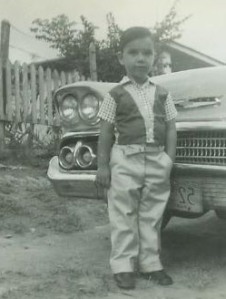 The Rivas family’s first home in America was in Chicago.  Young Victor was beaten bloody many times and forbidden to cry.  His mother wasn’t allowed to comfort him with hugs or kisses.  Christmas mornings were torture.  He coped by imagining Jack and Jackie Kennedy were his real parents and by idolizing Elvis Presley.  His motto was inspired by G.I. Joe:  “I’ve got a tough assignment.”

Victor didn’t find shelter with the nuns at his Catholic elementary school.  His first grade teacher was dubbed “Sister Ernie Banks” for her skills with a paddle.  He was a trouble-maker at home and at school. 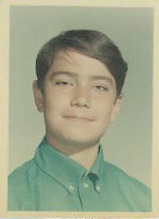 In 1964, the family moved to Los Angeles.  Victor took on the job of keeping the bullies in check.  Humor, sports, and Boy Scouts became outlets of escape.  Gregory Peck, the star of To Kill a Mockingbird, became his new idealized father.  After he became an American citizen a few months shy of his 12th birthday, he dreamed:

A real American kid with serious potential as a pitcher, I rekindled a flame of hope inside myself that I would earn not only my father’s praise, but his determination that I was worthy of something more important:  his love.

. . .For years, I’d had the resiliency of a puppy that chews a shoe or soils the house, only to wag his tail and try to please his master.

But even I knew that if you beat the sweetest of dogs enough, fear and anger will turn him mean, not obedient.

Sadly, the abuse escalated.  The police were called.  They said it was “a private family matter” and refused to intervene.  Victor finally decided to talk back to his father who responded by smashing his athletic trophies and slashing his all-star jacket.  It was a night that would forever haunt Victor:

All the remains of my proud mementos made a little pile on the floor.  Everything had been smashed, slashed, and cut until nothing was recognizable, like the shards of belief that my father could love and approve of me, and the last of what had been my self-esteem ~ smashed into little pieces that I had to sweep up and throw away.

That night I slit one of my wrists, but failed again to die.

After his mother told his father that she would kill him the next time he beat her, Victor’s father kidnapped their children and fled to Miami, Florida during the summer of 1970.  On this trip, Victor discovered:

This was my self-appointed role as family court reporter, my job of remembering everything to hold it up for judgment later, pleading my case to a judge and jury who existed only in my imagination. 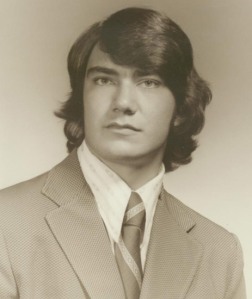 Victor’s mother found her way to Miami, and the couple divorced.  Victor was involved in baseball, wrestling, football, and track.  His fastball was clocked by a scout at 90 miles/hour.  He thrived on working hard and meeting challenges.  He had grown to 6’2″ ~ taller and stronger than his father.  After a brutal fight with his father, Victor “fled the war zone.”

All my father’s power and control over me had been dissolved. . .To my great embarassment, I had realized in my own confrontation with him that, like most bullies, he was a coward who only oppressed those who couldn’t fight back. . .I had never seen him take on anybody his own size.

What stands out most in my memory was what it felt like to step outside the courthouse into the warm, humid Miami air and to look up into the white billowy clouds and breathe.

Yet, he quickly discovered the “five-hundred-pound gorilla of anger. . .rattling his cage.”

An episode of Mutual of Omaha’s Wild Kingdom about an injured bald eagle nursed back to life by Marlin Perkins and Big Jim Fowler helped Victor understand the healing process:

Through their love and kindness, the eagle’s wings and body mended, but more important, it got its spirit back. . .the eagle was ready to take its place back in its own society.

That’s what was happening to me bit by bit. . .several Marlin Perkins and Big Jim Fowler types, who through love and kindness, were helping me mend my wings.

. . .I had arrived into this community as a perfect stranger, a lost and wounded boy, a time bomb waiting to blow. . .this village never gave up on me. . .I was taught to accept love and to love in return.

His coach arranged through the booster club for him to live in a series of foster homes:

All families, I learned, had their own shit to work through, though it was possible, I also saw, to do so without violence.

. . .I decided to be friendly with everybody and learn to live with my lack of belonging.

At the end of the summer of 1972, he was embraced by the Echevarria family.  Victor started to thrive under their loving guidance.  He experienced the gift of unconditional love for the first time in his life:

She still loved me, warts and outbursts and all.  People who loved each other unconditionally could get mad at each other.  It happened.  But love could withstand such passing storms.

Susi Baldwin, one of his teachers, became an outspoken advocate for Victor as well as a sounding board.  She arranged for him to get a scholarship to participate in Close Up in Washington, D.C., and she encouraged him to run for senior class president.  He won by a landslide.  He joined the pep club, the Fellowship of Christian Athletes, and was elected to the student council.

The Longest of Long Shots

Victor got a full-ride football scholarship to Florida State University in Tallahassee.  His relationships with the coaches and the women in his life tended to be rocky.

He was offered a free agent contract by the Miami Dolphins, and the press was ecstatic that a Cuban would be in training camp.  The coach was the legendary Don Shula.  This story about watching game tapes with his fellow offensive linemen had me howling:

. . .when the lights went out, the farting began. . .oversized silhouettes. . .bodies leaning left or right, lifting the opposite butt cheek to release gas.  The side-to-side movement in front of me reminded me of the dancing hippos in Disney’s Fantasia, and the sounds emanating from their butts were reminiscent of the French horn section of an orchestra, warming up.  Berrrup.  Brrep.  Berrup.  After a few short minutes, the room smelled like a barnyard. . .

For some weeks I had been holding my gas politely but simply could not on one gassy afternoon.  It burst from me in a classic silent-but-deadly bomb and it almost knocked me out. . .”Who died?”

It hit me like a wave. . .watching the film as the Dancing Hippos and the French-horn farting BRRPPs began amid the sweet soulful gospel call-and-answer of the offensive linemen singing, “Consequential?” and “Inconsequential”. . .a bunch of overgrown boys.  Like me.

The first year he made it to preseason games.  The second season he survived until the last week of training camp.  He decided to leave football for Hollywood without regrets:

I had competed at the highest level and held my own.  I had earned the respect of the two winningest coaches in college and professional football.  These memories were my trophies that replaced the old ones that had been shattered. 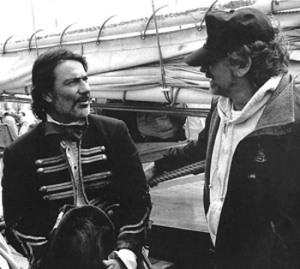 Victor Rivers on the set of Amistad with Steven Spielberg

Back in California, Victor was compelled to face his demons:

I wanted to kill my father, to make him pay for every curelty he had ever wreaked on us, and in the most violent way imaginable, I murdered him in my dreams night after night.  But he just wouldn’t die.

On February 21, 1980, his father shot himself.  Victor did not mourn his father:

With Dad no longer alive, I obviously didn’t have to prove anything to him anymore.  Now I had the tough assignment of defining myself without him as my adversary.

It took him 10 years before he made a living strictly as an actor.  He had a failed marriage and issues with alcohol and drugs.  Like most abuse survivors, he has PTSD.

There is another kind of terrorism we need to confront, and

it is homegrown, in families and relationships,

where most violence is learned and bred.

With the birth of my son, Eli. . .the cycle of violence had truly been broken.  The idea to use my story to make a difference. . .the National Network to End Domestic violence. . .working with Congress and the White House, with its finger on the pulse. . .connection between domestic violence and child abuse. . .

I chose to break my silence and share my love story as a way of thanking all of the angels and advocates who helped to guide me out of my darkness and heal my wounds. . .my journey from victim to survivor, and now as an activist. . .love should never hurt. . .most fundamental civil right. . .the right to be safe.