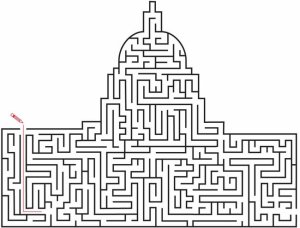 Today’s New York Times challenged readers to balance the budget.  When I read the dead tree version, I thought it would be too daunting of a task for a relaxing Sunday afternoon.  But, I discovered that they have an on-line version that’s a lot of fun.

In 18 clicks, I achieved a budget surplus of $260 billion dollars on a projected deficit of $418 billion.

I simply voted for the budget choices that most Americans would make if they were in Congress.

It isn’t rocket science.  It’s common sense.  We the People have been sold a bill of goods.

80% of the income in the United States is hoarded by 1% of our country’s richest people.  Meanwhile, the other 99% of us are trying to make ends meet on the remaining 20% of the income.  We’re paying the taxes.  We’re keeping the economy afloat.  And, we’re getting screwed.

How many clicks did it take you to balance the budget?  Sound off.

2 responses to “Kitchen Table Economics: Balancing the Budget Isn’t Rocket Science — You Can Do It with a Few Clicks of Your Mouse”