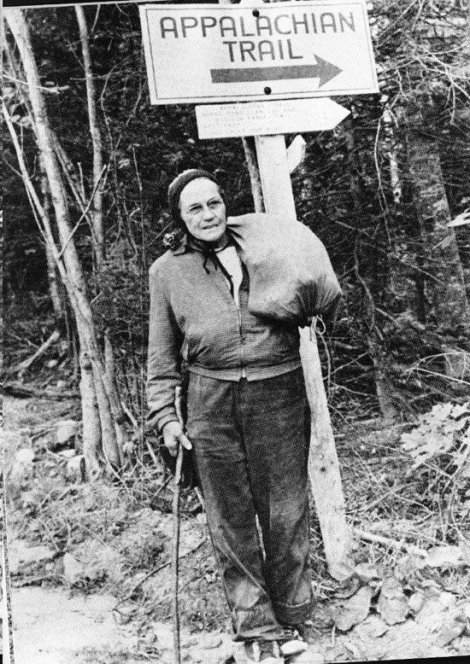 Why doesn’t HE leave?

It’s time to change the conversation on intimate terrorism (domestic violence).  Grandma Gatewood would probably slap any DV advocate who dared to call her a victim or a battered woman silly.  She knew she deserved better.  We all do.  Yes, she left her abusive husband several times, but in the end, she kicked his sorry butt to the curb.  She didn’t leave.  He did. So, today, I’m going to have the audacity to ask:  why the hell should WE leave?  Why doesn’t HE leave?  Preferably to jail.  In what crazy universe is a crime victim rendered homeless for calling the cops? Who set up this insanity? We made one hell of a mistake decades ago when we failed to adequately hold intimate terrorists accountable.  We made one hell of a mistake when we decided to make women pay horrendous prices for falling in love with crazy, abusive, narcissistic assholes.  We made one hell of a mistake when we decided to essentially abandoned her to survive on her own as best she could.  Too many of us don’t. As I fight for my own survival, I want to share a survivor’s story which inspires the hell out of me.  I am praying today that I survive long enough to complete my own quest:  100 sit-ups by the 50th anniversary of my high school graduation.  If Grandma Gatewood can hike thousands of miles on a bad knee, I can get healthy. 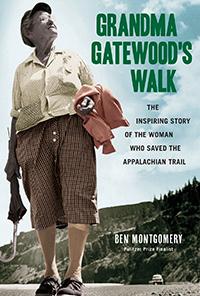 No map, no sleeping bag, no tent. . .
She told her children she was going on a walk.
– Ben Montgomery, Grandma Gatewood’s Walk

On May 3, 1955 Emma Caldwell Gatewood set out on a quest to hike the 2,050 miles of the Appalachian Trail wearing Keds.  She was about my age:  67.  She had 11 kids, 23 grandkids and a bad knee.  She too received the minimum Social Security check which at the time was $52/month. Why?  She claimed it was a lark, but Ben Montgomery revealed the real reason in Grandma Gatewood’s Walk:  The Inspiring Story of the Woman Who Saved the Appalachian Trail:

Because I wanted to. 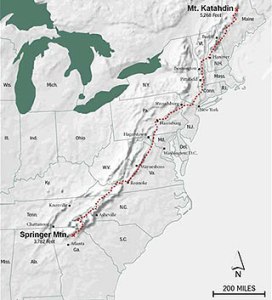 The Appalachian Trail is shorter today than when Grandma Gatewood hiked it.  She started at Mt. Oglethorpe, Georgia and ended at Mt. Katahdin, Maine.

Grandma Gatewood’s quest was inspired by an article in the August, 1949 issue of National Geographic which she saw in a doctor’s office.  The photographs were a “window to another place.”  During her quest, she discovered that food and shelter were not, in fact, abundant.

The book masterfully charts her quest while flashing back to the abuse she endured from her husband P.C. Gatewood.  He had a teaching degree, and his family owned a furniture factory in Gallipolis, Ohio.  She was born on October 25, 1887, and her father was a Civil War veteran.  Emma Caldwell and P.C. Gatewood were married on May 5, 1907:

They were married three months before he drew blood. . .she was pregnant. . .where would she go?  She had no paying job, no savings, and her education had ended in the eighth grade.  She couldn’t return home.

. . .her home was ruled by a tyrant. . .his sexual appetite was insatiable.  He demanded she submit to him several times a day. . .one grand nightmare. . .maniacal temper. . .say I was not in my right mind. . .She sometimes fought back. . .she could hold her own. 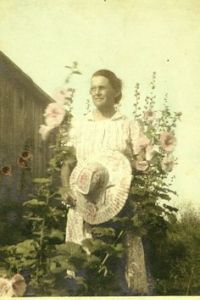 In 1924, P.C. killed Hiram Johnson and was convicted of manslaughter.  Emma was generous to the tramps who stopped by their farm during the Depression.  Her generosity was returned by people along the Appalachian Trail who gave her food and shelter for the night. She frequently found respite from the insanity at home during walks in the woods and by writing poetry.  She escaped to California in 1937.  In 1938, they lost their farm.  P.C. “beat her beyond recognition ten times that year.”  He beat her for the last time in September, 1939:

. . .her endurance of his cruelty ended.

. . .the woman who did not smoke or drink or curse would tell newspaper reporters she was a widow for years to come, even if P.C. Gatewood was still alive and well in Ohio. 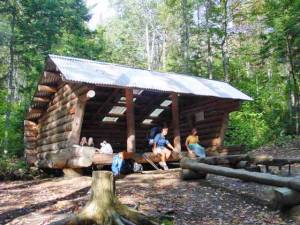 Grandma Gatewood expected to find trail shelters like this one. At the time, they were primitive and dangerous.

A pace of about seventeen miles per day, “rain or shine.”
The shine part was easy.
– Ben Montgomery, Grandma Gatewood’s Walk

Because she was the first woman to hike the trail, her story soon captured media attention. Mary Snow of Sports Illustrated met her several times along the trail and told her story.  She didn’t, however, tell the whole story:

Make your first swing a good one, Nelson told his father.  You’re only going to get one.

P.C. left. . .Emma returned. . .he came back later. . .trailed by a deputy sheriff. . .to have Emma arrested. . .he jerked open the front door, his wife was waiting with a five-pound sack of flour, which she heaved in his direction.  The flour connected squarely with her husband’s face and exploded in a cloud of white. 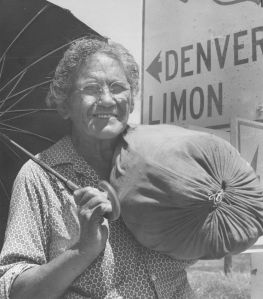 No brute of a man is going to kick me
out into the floor and then lie out of it.
– Emma Gatewood

The mayor of Milton, West Virginia knew Emma didn’t belong in jail. He protected her in his own home and got her a job. P.C. left home with most of their belongings except for half of a recently slaughtered pig. Nelson called his mother and told her it was safe to return home:

She was planning to ask a judge for a peace bond, which would require P.C. to keep his hands off her. . .he had hired a lawyer to dispute her claims.  So she hired a lawyer. . .on September 6, 1940. . .filed for divorce.

She was awarded custody of the children, $15/month in alimony, and the farm.  P.C. was ordered to make the mortgage payments:

But he wasn’t done causing her grief.  He would fail to pay monthly alimony and run up a debt of two hundred dollars. 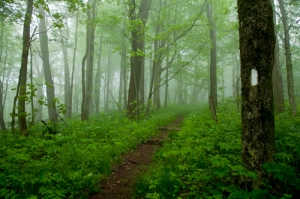 I thought it would be a nice lark.
It wasn’t.
This is no trail.
This is a nightmare.
– Emma Gatewood

In 1944, Grandma Gatewood sold the farm and relocated frequently to Pennsylvania, Kentucky, and Ohio.

Today’s start of the Appalachian Trail

Grandma Gatewood arrived at the end of her 146-day quest at the peak of Mt. Katahdin, the highest point in Maine, on September 25, 1955.  She was wearing her seventh pair of Keds and broken glasses. She belted out “America the Beautiful” and signed the register.  The trip cost her about $200 or 10¢/mile:

It didn’t take fancy equipment, guidebooks, training, or youthfulness.  It took putting one foot in front of the other ~ five million times.

. . .she had a secret. . .she had tasted her own blood, felt her ribs crack, and seen the inside of a jail cell. . .I’m not sure she was walking toward something so much as walking away. . .bold. . .beautiful and independent, mysterious and brave.  There is escape between the words.  Escape from abuse and oppression.  Escape from age and obligation.

In 1957, she did it again.  In 1958, she climbed the Adirondack Range.  In 1959, she walked the Oregon Trail from Independence, Missouri to Portland, Oregon.  She founded the Buckeye Trail, a 1,000 mile trail which is part of the 4,600 mile North Country Trail which runs from New York to North Dakota and part of the 6,800 mile American Discovery Trail which runs from Delaware to California.  But, she refused to walk a few steps to fulfill P.C.’s dying request to see her in 1968. Grandma Gateway died on June 4, 1973. 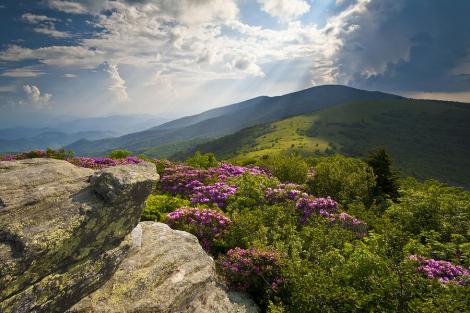 Roan Mountain on the Appalachian Trail

Mine eyes have seen the glory of the coming of the Lord.
– Emma Gatewood’s last words
Advertisement