Justice Sonia Sotomayor and her female colleagues on the U.S. Supreme Court (SCOTUS) are my heroes today!

SCOTUS ruled today in U.S. v. Castleman that convicted domestic violence perpetrators can’t own guns.  Please note that the key word is “convicted.”  While I am beyond thrilled with this decision, I can’t personally take advantage of it because the judge wasn’t convicted.  The best I could get from a trial court judge was a restraining order.  Why?  No trial court judge at the time would have had the audacity to convict an appellate court judge.  The one in our case was one of his favorite drinking buddies.  Congress didn’t pass 18 USC §922(g)(8) which prohibits gun possession by anyone subject to a restraining order until several years after mine expired. 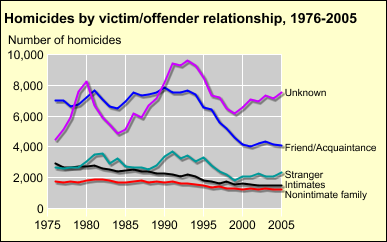 Source: US Dept of Justice

Still, the decision in U.S. v. Castleman will keep many women and children safe because they’ll be able to get the guns out of the house.  As too many of you know, guns are a highly effective power and control weapon.  18 USC §922(g)(9) forbids the possession of firearms by anyone convicted of a misdemeanor crime of domestic violence.  Justice Sotomayor shared sobering statistics in her decision:

This country witnesses more than a million acts of domestic violence, and hundreds of deaths from domestic violence each year.  [DOJ. . .Statistics. . .violence among intimate partners caused deaths of 1,247 women and 440 men in 2000.]. . .Domestic violence often escalates. . .presence of a firearm increases the likelihood that it will escalate to homicide. . .When a gun was in the house, an abused woman was 6 times more likely than other abused women to be killed.

James Alvin Castleman was caught selling firearms on the black market in Tennessee in 2008 in violation of §922(g)(9).  In 2001, he pleaded guilty to charges of domestic violence on the mother of his child.  He attempted to minimize the severity of the domestic violence during his appeal of the firearms conviction.  Justice Sotomayor didn’t buy it:

. . .”most physical assaults committed against women and men by intimates are relatively minor and consist of pushing, grabbing, shoving, slapping, and hitting.”

. . .Minor uses of force may not constitute “violence” in the generic sense. . .But an act of this nature is easy to describe as “domestic violence,” when the accumulation of such acts over time can subject one intimate partner to the other’s control. . .

We therefore hold that the requirement of “physical force” is satisfied. . .by the degree of force that supports a common-law battery conviction. . .Castleman’s crime qualifies as a “misdemeanor crime of domestic violence.”

Yesterday, the lady justices took Hobby Lobby to task on their bogus assertion that a corporation has a right to religious freedom.  The owners of Hobby Lobby want to take full financial advantage of ObamaCares.  They also want to control the most inimate decisions a woman makes with her physician under the pretext that these decisions might offend their own personal religious beliefs.

This case isn’t just about contraception and ObamaCares.  If Hobby Lobby prevails, the decision will effectively jettison EEOC laws which prevent religious discrimination.  This should send a chill down the spine of anyone who is passionate about their personal religious values.

A significant number of corporations are owned by global enterprises.  The CEO could use this decision to deny employment to women, refuse to provide medical coverage, dictate your wardrobe, control your dietary preferences, forbid you to drink your favorite beverages, engage in racism, etc.

Update:  SCOTUS issued their decision in Burwell v. Hobby Lobby on June 30, 2014 to scathing criticism.  I was appalled by what I learned about the owners of Hobby Lobby.