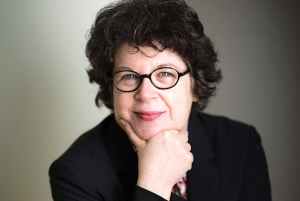 “Will you be my wife?”  No, this isn’t a marriage proposal.  It is a question many women secretly ask themselves when the stress of multi-tasking and demanding expectations becomes too much.  It is the theme of Meg Wolitzer’s The Wife which, of course, became the movie starring Glenn Close.

Joan Ames was a student at Smith College in 1956 where Professor John Castleman taught her English 202 class.  He was married, and his wife Carol had just given birth to their daughter Fanny on the first day of class.  He was enthralled with Joan’s talent and sexually harassed her.  My hunch is that he knew he lacked the talent to fulfill his dream of becoming a novelist.

Carol discovered their affair and threw a walnut at Joan in her dormitory room.  The incident became fodder for his first best-selling novel, The Walnut, which Joan actually wrote.  Joan dropped out of Smith, and Joe quit before he got fired.  They decamped to New York City where Joan got a job at a publishing house.  Joe got divorced from Carol and married Joan.

The book is a series of flashbacks which Joan has during their trip to Helsinki where Joe will receive the Helsinki Award, which isn’t as prestigious as the Nobel Prize he received in the movie.  She’s obviously bitter about being married to an emotionally abusive, narcissistic philanderer who took credit for her work.

The book is at times a depressing reminder of the limited career choices women had and the misogynistic attitudes which were pervasive during Joan’s lifetime.  On many levels, she was painfully aware that her work likely would never get published simply because she was a woman.

I’m looking forward to the movie and wish the author would write a sequel.  I’d prefer a book about what Joan did after she got back to New York.