Activism isn’t accomplishment.  Yes, it’s fun to raise hell.  But, at some point, somebody needs to get the heavy lifting done.  Roe v. Wade is in jeopardy tonight because Cecile Richards never learned that lesson.

The “Christian” Coalition helped defeat her mother, the late, great Gov. Ann Richards (D-TX), and to usher in George W. Bush in 1994.  Despite 22 years to strategize how to muzzle these strident anti-abortion folks ~ 10 spent at the helm of Planned Parenthood ~ Ms. Richards never figured it out.  This blows my mind because there are significantly more pro-choice voters.

Ms. Richards tells many delightful stories about her legendary mother in Make Trouble:  Standing Up, Speaking Out, and Finding the Courage to Lead.  I had the good fortune to meet Gov. Richards when she was in Seattle for Sen. Maria Cantwell’s (D-WA) first campaign in 2000.

Gov. Richards was the mistress of feminist one-liners.  She didn’t make excuses.  She didn’t suffer fools.  She got shit done.  I think she would be as disappointed with Sen. Cantwell today as I am.  Gov. Richards might have had a few to many glasses of wine, but she didn’t whine. 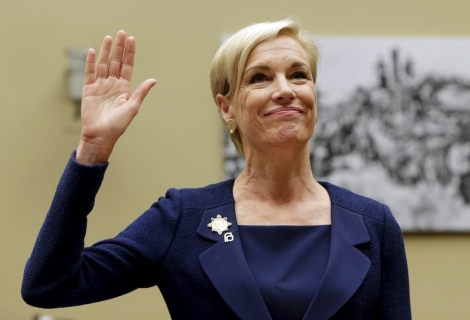 I was disappointed to discover Ms. Richards lacks her mother’s spine and ability to deliver.  She’s sadly never realized that protests get the public’s attention, but they don’t achieve real change.  Yes, millions of us wore our pussy hats after the inauguration.  But, Trump’s pick for the next SCOTUS justice will still likely mean Roe v. Wade will soon be toast.