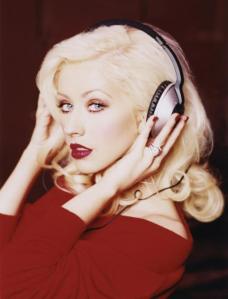 My voice was my escape.
– Christina Aguilera
How do you describe someone like Christina Aguilera?  Her life is an evolving kaleidoscope.  She is very much a work in progress.  The disease to please, perpetual reinvention, and a chameleon-like personality are common coping mechanisms for female survivors of child abuse.
Ms. Aguilera’s father Fausto was an abusive Army sergeant who moved his family from Texas to Japan to New Jersey.  When she was four years old, her father beat her for making noise while he was napping.  Ms. Aguilera recalled:
We lived on Army bases when I was little, and it [domestic violence] was happening a lot.  The MPs [military police] would come, but a lot of them were doing the same things [to their wives and kids].  I was surrounded with domestic violence, not only in my home but my friends.
When she was seven years old, Ms. Aguilera’s mother, Shelly Kearns, left her husband and took her daughters Christina and Rachel to live with her mother, Delcie Fidler, in Rochester, PA (a suburb of Pittsburgh).  Ms. Fidler was the first to recognize her grand-daughter’s talent and passion for music. 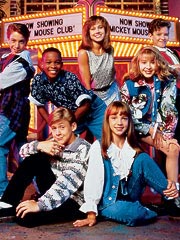 Daddy, don’t you understand the damage you have done
To you it’s just a memory, but for me it still lives on.
– Christina Aguilera, “I’m Okay”
Mouseketeer to Pop Diva
Ms. Aguilera became the sole provider for her family.  Her first gig was in 1993 on The New Mickey Mouse Club with Justin Timberlake, Britney Spears, J.C. Chasez, Ryan Gosling, and Keri Russell.  Rolling Stone reported:
Christina Aguilera was one of the biggest stars to emerge from the late-Nineties teen-pop explosion.  Aguilera initially stood out from her fellow teen poppers thanks to her operatic, rafter-rattling voice and its huge range; later she would delve into pre-rock sounds and make attempts at adult-pop classiness in a way her contemporaries didn’t. 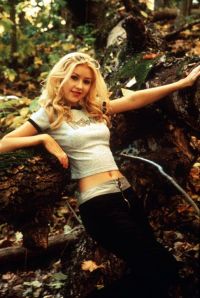 Strength is my mother for all the love she gave
Every morning that I wake up I look back to yesterday.
– Christina Aguilera, “I’m Okay”
Good-Girl Preppy to Bad-Girl Sexy
Ms. Aguilera had the disease to please until she was 21:
I was trying to please. . .finally I had to say, “Enough.  I’m going to make a record that makes me happy and addresses all facets of being a woman.  I don’t care if I sell one or one million records.”
Stripped jettisoned her good-girl, preppy image for hot-and-horny.  Although Stripped got off to a rocky start, it ultimately sold 13 million copies and went quadruple-platinum.  One of its most enduring songs is the haunting, autobiographical “I’m Okay:”
Once upon a time there was a girl
In her early years she had to learn
How to grow up living in a war that she called home
Never know just where to turn for shelter from the storm. . .
The song is “very therapeutic” for Ms. Aguilera. 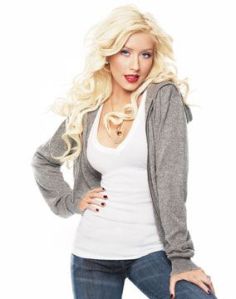 Jordy was the calm in the storm when everybody else was driving me crazy.

She toned down her image and recorded to the pre-World War II jazz and blues music she listened to with her grandmother.  The couple had one son, and she filed for divorce in October, 2010. 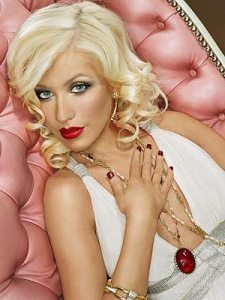 I’m in the business of entertainment. . .
Wearing red lipstick helps me get into that world.
– Christina Aguilera

Ms. Aguilera blossomed during her marriage.  Laurie Sandell wrote in the December, 2006 issue of Glamour:

I have no idea which Christina I’ll encounter. . .I get something of a hybrid:  a performer who is exhilarated by her work, a passionate advocate for victims of domestic abuse, and a woman who admits that, due to the domestic violence she endured growing up, she still feels safest onstage.

Ms. Aguilera explained how music allowed her to escape abuse:
I was brought up in a household of chaos and I never felt stable at home. . .I decided I was never going to feel helpless. . .never going to feel weak around a man. . .never going to rely on anyone.  Independence was a big, big thing for me.  I saw my voice as a way out ~ when my parents fought, I’d run up to my room, put on The Sound of Music, open the window and sing out.  My voice was my escape. 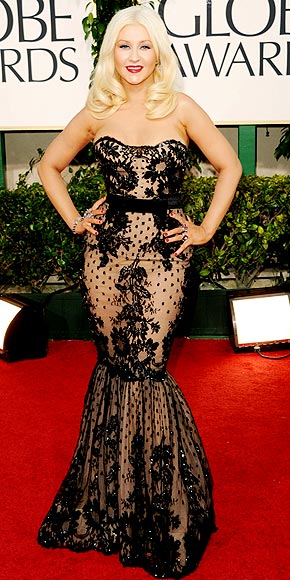 I will take on the world, but I will do it with an embrace,
rather than with my dukes up.
– Christina Aguilera
Sexy Is Empowering
Ms. Aguilera went on to explain that she’s comfortable with her body:
I know that might make some women feel uncomfortable, but we need to stick together instead of getting angry at each other for our choices.  I think women are sensual, beautiful beings, and I feel empowered when I express myself sexually. 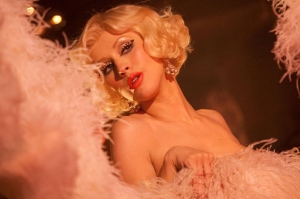 I love theatrics and have a huge imagination.
– Christina Aguilera
Speaking Out Gives Her Courage
In 2003, Ms. Aguilera donated $200,000 to the Women’s Center and Shelter of Greater Pittsburgh in Oakland where her mother is on the board.  She recalls:
Growing up I did not feel safe.  Feeling powerless is the worst feeling in the world.
She told the Post-Gazette (7/15/03) why she auctioned off front-row seats and backstage passes to her Pittsburgh concert to benefit the shelter:
I want people to understand how important it is to provide a safe place for battered women to seek help. 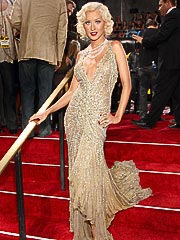 She told Seventeen why she also donated her personal belongings:
Some of these women leave their homes without anything.  They just grab the kids and get out. . .have to start from scratch. . .it’s also important to help build their self-esteem. . .it’s really broken after they’ve been beaten down for so long.
Ms. Aguilera’s own recovery from her divorce has been tabloid fodder. 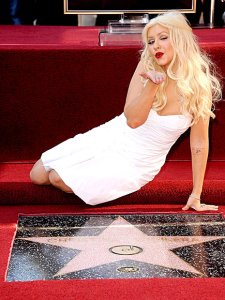 I’m an ocean, because I’m really deep.
If you search deep enough you can find rare exotic treasures.
– Christina Aguilera
Grace Under Pressure
When Matt Lauer on the Today Show attempted to add grist to the rumor mill, Ms. Aguilera responded with candid grace:
Some people like the drama of creating [stories] around you to make themselves look better. . .
I’ve found my true friends and people who are really there for me and have stuck by me and have just supported me.  When you’re going through a hard time, you don’t need people judging you and ridiculing you.  The people that are around you are going to be the ones to support you and love you through whatever difficult time you’re going through.
Her father has begged for her forgiveness, but Ms. Aguilera has discovered:
He’s not necessary in my life.
She believes we must forgive, but we also must make choices for our families.  She has forgiven herself:
I’ve gone through a really hard divorce, and anyone who has gone through a divorce will speak about how hard the journey is from start to finish. 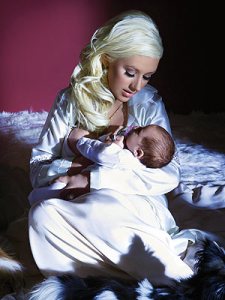 I’m in awe of this little miracle.
He’s completely changed my life.
– Christina Aguilera
Max was born on January 12, 2008 in Los Angeles.  He’s three years old and the light of his mother’s life. 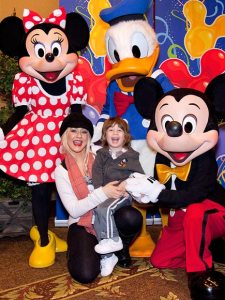 Christina and Max at Disneyland for his 3rd Birthday