The Company She Keeps:  The Dangerous Life of a Model Turned Mafia Wife by Georgia Durante is a compelling look behind the closed doors of the Mob.  It dispels the mystique and glamour of the Mafia lifestyle depicted in movies like The Godfather.  It also is a book about the consequences of choices and the failure to engage in introspection.  Ms. Durante aptly sums up her life in the book’s prologue:

A gangster’s [Frank Conti] girlfriend and another’s [Joe Lamendola] wife who spent most of her life in the shadows of the underworld, a witness to murder and unspeakable brutality, a woman whose own life had been threatened more than once. . .

A wheel-woman for the Mob, which is how I wound up doing stunts for a living. . .My young mind was manipulated by men who held tremendous power, not only in their own dark world, but also in our own government.

The CIA has nothing on the Mob, except for the fact that no one investigates them. . .sixteen-year relationship with. . .Carlo Gambino. . .The Mob pulled the trigger, but the CIA loaded the gun.

. . .then there’s the Georgia I was before I became Kodak’s Summer Girl and got married to the Mob. . .

My career has been a perfect avoidance technique for truths about my life. . .High speed avoidance. . .Too much speed. . .miscalculations. . .Stuff happens. . .

Being a survivor is nothing more than attitude and determination and,
most important, believing in yourself.
– Georgia Durante
Early Life in Rochester, NY
Ms. Durante never knew her father.  She was born on July 9, 1951.  She was reared by her step-father Tony Durante, who was a golf professional at Braemar Country Club.  When she was 11 years old, she had two holes-in-one on the golf course.  She was also a wild child who took golf carts out for joy-riding drag races on the golf course and jumped freight trains:
My thirst for adventure overpowered the consequences. . .I was becoming a renegade. . .I was a holy terror.

She was a blend of tomboy and beauty.  Rochester is the home of Kodak, and she became the 1962 Kodak Summer girl.  Her modeling income quickly rose from $80/day to $1,000/day.
Young wiseguy mobster Sammy Gingello ~ Sammy G ~ started protecting her when she was 13.  At age 15, she started hanging out in bars favored by the local Mob.
When she was 17 and a senior in high school, she was beaten and raped by her brother-in-law Dick.  After he handed her a shovel and told her to start digging her own grave, she managed to escape and call her cousin Keith.  He and her uncle Pat were local cops.  Sammy G offered to make Dick pay for the loss of Ms. Durante’s virginity:
Fuck the law!
. . .I’m gonna have his cock cut off and delivered to you in a box.  That’s the way you deal with pricks like him!
Ms. Durante pleaded with him to let the justice system send Dick to jail instead.
Georgia White and Georgia Black
Dick served only six months in jail, and the small minds in Rochester blamed Ms. Durante for the rape:
Georgia Black was born the night of the rape.  Her primary function was to protect my vulnerable, innocent side, the side I called Georgia White. . .I gave birth to my shadow in order to handle the trash.  I sought a place to hide, as traumatized people do.  Too much emotional pain will fragment anyone’s personality.  And if that trauma repeats itself, the fracturing will become deeper an more pronounced.
Ultimately, my shadow emerged. . .A highly desensitized woman, impervious to pain. . .my shadow would become a monster. . .began to take over.
Immediately after graduation from high school in 1968, she hopped on a train for the bright lights of New York City.  She soon met Frank Conti, a mobster who ran the Sundowner, an illegal after-hours club frequented by Mob wiseguys.  Mr. Conti gave her a job  as a bartender, and she earned huge tips which supplemented her income as a model.
Early one morning, Ms. Durante witnessed an attempted murder at the club’s bar.  Mr. Conti directed her to drive them to Bellevue Hospital where they dumped the man’s body on the sidewalk.  Ms. Durante’s gutsy driving captured the attention of Mafia godfathers, and she became a courier and driver for the Mob.
Ms. Durante returned to Rochester and married her high school sweetheart Tom, who was home on leave from Vietnam.  Ms. Durante became pregnant with her daughter Toni on their honeymoon in the Poconos.  Toni was born in October, 1969.  Ms. Durante had just turned 19.  She and Toni were featured in many Kodak photos. 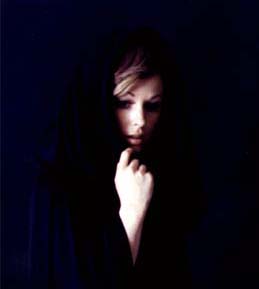 Georgie Girl
Sammy G realized Ms. Durante’s frequent trips to New York for modeling gigs presented the perfect cover for a Mob currier.  Salvatore Reale introduced her to Carlo Gambino:
. . .my official indoctrination into the workings of the underworld. . .I was cast in a part that I would play throughout my life. . .
It began as an innocent side job, delivering messages and packages. . .I was a dumb kid who could be trusted.
I was taken in by the intrigue. . .I’d join a posse going in any direction, especially if it was heading away from Rochester.
Ms. Durante became hooked on the adrenaline rush, and it caused her to make a series of horrendously bad choices that negatively impacted her life as well as the lives of her children and grandchild.
She told Tom she wanted a divorce after a photo shoot in Puerto Rico. 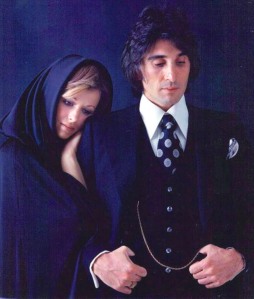 Married to the Mob
She met Joe Lamendola at Caesars II, the club he owned.  He was 15 years older than Ms. Durante.  “I’m going to marry you,” were his first words to her.  After her divorce from Tom was final, the couple married.  Joe’s jealously surfaced quickly, and he dominated and controlled her life in true Pit Bull fashion:
I had captured the heart of one of the most desirable bachelors in town, and he had captured me. . .
I became his property. . .
I actually began to participate in my own subjugation. . .
Joe graduated from emotionally destroying things that were precious to me to punching holes in walls. . .to physically abusing me.  He never laid a hand on Toni, but the mental abuse she endured during his outbursts took a significant toll on her psyche. . .
Joe enjoyed mentally mutilating people. . .squashed them like insects. . .downright cruel. . .He respected no one.
One of the most chilling stories in the book detailed her former sister-in-law Billie’s request for Ms. Durante to intervene with Babe ~ Tom’s brother.  However, Mr. Lamendola choked her and ordered her to break her promise to Billie.  Babe murdered Billie and their four children before turning the shotgun on himself.
When Sammy G discovered Mr. Lamendola was beating her, he had his wiseguys beat him to “a bloody pulp.”  He gave her gonorrhea, and she made many failed attempts to leave.  But, Mr. Lamendola was a particularly tenacious Pit Bull who knew how to reel her back into the relationship with his vicious threats.  She knew that Sammy G would take him out in a second, but she didn’t have the heart to ask:
I had no idea I was a classic example of a battered woman. . .There were no safe houses.  To see a therapist was to admit that something was wrong with you.  The [Catholic] church turned its back on women.  Police were notorious for siding with the man. . .no safe place to turn. . .no books to educate. . .
Shame and embarrassment. . .Society pointed the finger at women and blamed them for men’s behavior.  This served only to immobilize me even more.  I was psychologically paralyzed. . .left on my own.
How do I get out ~ and be free from harm?
Ms. Durante never figured this out.  Her nightmare didn’t end until he shot himself.  She thought they had reached a truce until she discovered he had been molesting her daughter Toni.
Sammy G was assassinated by a Mob rival.
On Thanksgiving Day, 1979, she married appliance king Richard Adray in Las Vegas.  The marriage was over before it began.  Mr. Adray was emotionally and financially abusive and loved cocaine as much as he liked hookers.  The couple had a son Dustin.  Toni was sent to drug rehab at Spring Creek.  Mr. Adray engaged in litigation abuse to get custody of Dustin.
Ms. Durante became a stunt driver and formed her own company Performance Two.  She adopted Dustin’s daughter Angela.  The constant in her life has been Frank Conti. 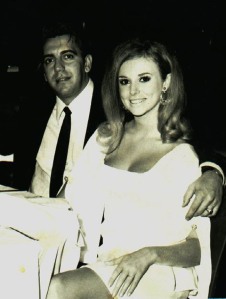 Ms. Durante claims she wrote the book because she needed to reflect on her life after Toni’s stint in rehab.  My sense after reading the book is that she may be a bit too narcissistic to engage in serious introspection.  It is entirely possible that she had to squash Georgia White to survive and thrive as an ambitious woman in a male-dominated world:

I was a woman in a man’s world, fighting alone through this treacherous jungle. . .

The doors that open to beautiful women are deceiving. . .They weren’t necessarily doors to truth, knowledge, or awareness.  No, those have to be pried open at great cost. . .Every man I met had a smile and wanted to help me.  Only time would teach me what was behind those smiles. . .

The punishment was the withholding of work.

. . .doors do swing open when you’re a beautiful woman.  I took those doors for granted. . .The trick is, how do you keep them from slamming shut?

I became a hard-driving woman. . .until nothing was left of my fearful, vulnerable side.  I learned how to tap into the more positive aspects of my shadow:  strength, power, and self-preservation.  . .

My determination made things happen, but I was giving away my soul. . .I had to play hardball. . .

With every roadblock I crashed through, I became better acquainted with my strength.  Fear no longer controlled me. . .Discrimination. . .My shadow will not allow it.

. . .I don’t define my life by my losses. . .I learned to survive.  Being a survivor is nothing more than attitude and determination and, most important, believing in yourself.  I’ve always known what I don’t want, but now I have the courage to say so. . .

I have truly begun to be free.  But at what cost?

An advertising producer told her that she underestimates her powers, and I would agree.

3 responses to “Book Review: The Company She Keeps by Georgia Durante”