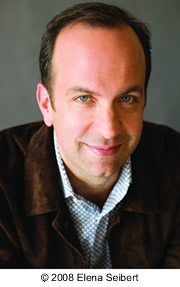 Ben Sherwood didn’t include child abuse or domestic violence survivors in his best-selling book, The Survivors Club:  The Secrets and Science that Could Save Your Life.  But, the Avon Foundation is featured in his list of survivor causes.  And, he has a web page devoted to the stories of survivors of child abuse.

The Survivors Club:  The Place for Surviving and Thriving is his website.  I’ll add it to my blog roll for your convenience.

The Survivors Club is one we all want to join.  You can get your own survivor profile:

You’ll get your profile immediately.  I wasn’t surprised by mine:  faith.  My top three strengths were intriguing to me:  faith, going with the flow, and instinct.

The best parts of the book are summarized in the next two sections.

Dr. Josef Mengele, the Nazi doctor of death, sent Ms. Eger’s parents immediately to the gas chamber upon their arrival at Auschwitz.  Ms. Eger and her sister Magda survived.  Ms. Eger was a gifted ballerina who survived her first day by dancing for Mengele:

Her life depended on her artistry. . .Edie closed her eyes and pretended that she was dancing to Tchaikovsky’s Romeo and Juliet. . .she escaped to a place of perfect beauty.

Ms. Enger became a psychologist in La Jolla, CA.  She explained to Mr. Sherwood how she survived seven months at Auschwitz:

“I’m not a strong woman.  I’m a woman of strength.”  With no chance of rescue from the outside, she realized she would have to find help within herself. . . “the lonely [ugly duckling] child got her inner resources developed.”  She was tough enough ~ resilient enough ~ adaptable enough ~ to keep going. . .there was no way to defeat the SS guards.  Nor was there any hope of escape. . . “When you can’t fight or flee, you flow.”  Survival. . .meant adapting to each new day and its unimaginable horrors.

. . .some have called Edie “the Anne Frank who lived.” . . .Edie says she spent each day focusing on making choices, no matter how small, about her future. . .Each decision ~ no matter how insignificant ~ felt like it reaffirmed the possibility of the future.  If I can survive today. . .tomorrow I’ll be free.  Her greatest strength, she believes, was her unshakable conviction that “everything is temporary and I can survive.”

. . .Whether you’re in chronic pain or a survivor of domestic abuse, she believes, you can still make choices to live each day, squeeze the most from limited options, and imagine the future. . . “No one can take from you what you put in your mind.” . . .What we need to survive ~ breathing, sleeping, eating, eliminating ~ is very different from what we think we need. . .People think they need approval. . .need to be right. . .need to be perfect.  But none of that is essential to survival.  It’s just dessert.