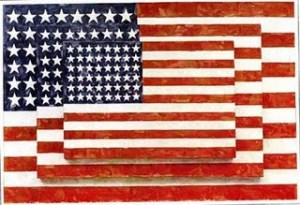 Answer:  $317.39 if you are one of the 2.3 million people who will experience domestic violence this year.

Meanwhile, the Defense Department (DoD) wants to spend $130 billion on the wars in Iraq and Afghanistan this year.

I was surfing the ‘net yesterday looking for domestic violence statistics.  At the National Network to End Domestic Violence’s site, I discovered that President Obama’s budget proposes a record $730 million to support domestic violence services.  I can appreciate their excitement because the figure is almost double what former President Bush allocated in 2004:  $385.4 million.

On the other hand, violence against women in all its guises costs the economy $5.8 billion ~ $4.1 billion of that goes to medical care.

I have no idea who came up with that number or what expenses they included, but it seems low to me.  For example, domestic violence is the number one reason people call 9-1-1.  I’m pretty sure the cost of responding to those calls is more than $1.7 billion.  There’s typically an arrest which means somebody goes to jail and to court.  The crimnal “justice” system is typically the largest portion of a local government’s budget.

The budget includes a 39% increase for transitional housing and a 22% increase for legal assistance.  Housing and Urban Development’s (HUD) budget proposal includes a new initiative to make it easier to access renter’s vouchers, but I don’t think these are earmarked for DV survivors.

When the Violence Against Women office was running on a super-skinny budget, they saved the taxpayers $14.8 billion in averted social costs during their first six years of operation.

If the Tea Party leaders want to raise hell about something, I think they ought to start asking why the VAWA budget is so skinny and the DoD budget is so fat.

And, those of you who aren’t getting help from the system now have the statistics to raise hell with your elected officials over their insane allocation of scarce resources.  Yes, an ounce of prevention really is worth a pound of cure.  And, peace is cheaper than war.

If lobbying isn’t your thing, you can make a donation to the NNEDV.  They’re the folks who got the VAWA budget doubled.