But, “Appalling” on LetsRun.com tipped me off to an animal abuse case Judge Thomas Felnagle presided over in 2004.  I did a lot of digging and ferreted out this attorney comment in his bar rating:

He needs to have more empathy towards people who are of a lower socio-economic class and women who are victims of domestic violence and victims in general.

I love animals.  I share my home with a rescue cat named Bitzie, who is my muse and service animal, and two parakeets, who are hilarious music critics.  Yet, it breaks my heart every time I witness the outrage over abuse of animals that women and children experiencing domestic violence are denied.  Society expects us to endure the abuse in silence. 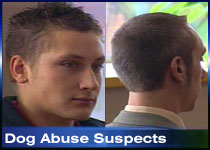 In 2004, Steven Paulson and Troy Loney were convicted of animal cruelty for killing a stray husky dog on March 8.  A witness testified the pair used, removed, and reused a single arrow more than a half-dozen times (one source said 10 times) to kill the dog which was tied to a tree.  The pair told police that they tossed the dog’s dead body into a river.

The case was tried in a room packed with animal-rights groups including PETA and Pasado’s Safe Haven.  Protestors held picket signs in front of the courthouse.  The groups launched international letter writing and Internet campaigns.  Ken Schram, a commentator for KOMO news, weighed in with two blistering editorials.

They used target arrows, they threw the dog in the river when they believed they were detected.  Then they lied and only admitted they killed the dog at all when evidence made that fact incontrovertible.

They used the dog for target practice.

According to PAWS’ web site, Judge Felnagle denied bail to the pair after they were found guilty.  The pair were sentenced to nine months in jail.  They were released early due to jail overcrowding which made the animal-rights activists angry because the jail was new and had many empty beds.  Apparently, Pierce County didn’t have the funds to hire guards.

It can be argued that the distinction in Judge Felnagle’s decision to grant bail to Maurice Clemmons turns on the fact that he had not yet been found guilty.  But, I think this is a distinction without a difference.  Washington State’s constitution says defendants are supposed to be denied bail if they pose a flight risk or a danger to the community.  Let’s review:

It is crystal clear that Clemmons was a flight risk as well as a danger to the community.  Quite frankly, I cannot fathom why the $40,000 bail for assaulting a police officer wasn’t revoked when he failed to appear in court.  I cannot fathom how a judge who found Loney and Paulson’s behavior “disturbing” would not similarly be disturbed by Clemmons’ extensive criminal record.

Public Outrage Is the Real Distinction

Judges are periodically up for re-election.  When their courtrooms are packed with concerned citizens, they know they better not screw up their decisions.

When an animal is abused, the public expresses their outrage via several prominent animal-rights groups such as PETA.

But, there are no similar well-organized groups to raise hell on behalf of women and children who experience domestic violence.  These folks are pretty much on their own to survive as best they can.  If the abuser is sophisticated enough, they quickly discover how easily the justice system can be manipulated as an instrument of abuse. 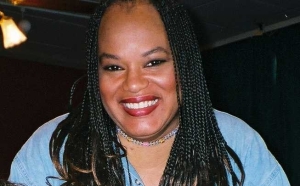 Rita Anita Linger, the former executive director of the North Carolina Coalition Against Domestic Violence, demonstrated quite clearly the effectiveness of packing a courtroom to bring an end to years of litigation abuse.  Vernetta Cockerham’s case had been to the North Carolina appellate court twice without one word of testimony ever being taken.  When the plaintiff and the judge saw a room full of people wearing purple ribbons, the case was quickly settled.  Vernetta’s story was featured in the August, 2009 issue of O Magazine.

This strategy works well in Pierce County, WA too.  I personally took a judge “to school” about litigation abuse after Crystal Judson Brame’s murder.  I was shocked by what I discovered.  This is why I watch Pierce County like a hawk and blow the whistle as loudly and effectively as I’m able when I perceive an abuse of power or callous indifference to domestic violence within their criminal “justice” system.

In many respects, I say shame on Judge Felnagle for allowing Maurice Clemmons to be free on bail.  But, I must confess that we all need to accept our share of the responsibility for our callous indifference to the welfare of his 12-year old daughter who had allegedly been raped by her daddy.  If we had been as passionate as those animal-rights activists, he might be in jail now.  And, four dedicated police officers would still be alive.

Update:  WA State Rep. Christopher Hurst said on KIRO news on December 3 that he will be reviewing WA’s bail procedures and other systemic failures in this case.