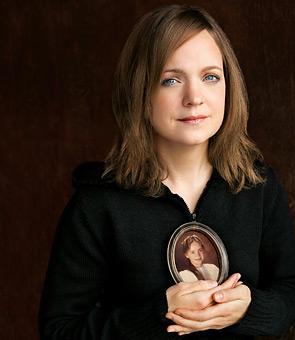 Freedom is extraordinary, and love a miracle.
–Carolyn Jessop

Six years ago, Carolyn Jessop achieved a miracle. She escaped from an abusive polygamist marriage to FLDS leader Merril Jessop. In her own words:

Everything you did was monitored and controlled and everybody reported on everyone else. It was a police state. You were not allowed to make decisions in your life. I had no power over my life or the lives of my children. It was a terrible way to live.

The way he controlled me was by being violent to my children. If I did something that he didn’t like, my children paid, and they paid a big price. He would hurt them. If he would have been hurting me, I probably would not have conformed. But when you go after a woman’s child, that’s one thing that will put a woman on her knees quickly.

Carolyn planned her escape for three years. She paid close attention to what provoked her husband’s abuse. By reading his facial expressions and listening to the tone of his voice, she learned outsmart him. First, she and her father made futile appeals to Warren Jeffs, head of the FLDS. Since the police were all members of the FLDS, they refused to protect her.

Carolyn was determined to leave with all her eight children, but this wasn’t easy. Arthur, her oldest son, worked construction and was not always home; Harrison, was disabled from cancer; and Bryson, her youngest son was still nursing. Betty, her oldest daughter was terrified leave. Carolyn had $20 to fund their escape which she describes in her book:

The moment had come. I had been watching and waiting for months. The time was right. I had to act fast and without fear. I could not afford to fail. Nine lives were at stake. . .the choice was freedom or fear.

Her sister Linda, who was in a less oppressive marriage, helped her contact her brothers. While her husband was away on a business trip, her brothers Arthur and Darrel agreed to drive down from Salt Lake and to meet her near the Utah state line which was three miles from the FLDS community.  Her van ran out of gas one mile from their meeting place.

Her brothers took her to Dan Fischer’s home with the FLDS posse hot on her tail. Dan decided the Utah attorney general needed to be involved immediately to secure an emergency order of protection. 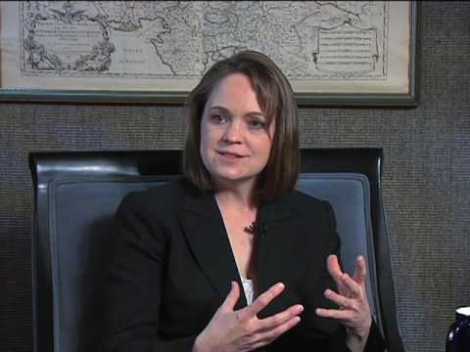 Fortunately, Carolyn says she had “the steadfast and unyielding support of friends, family, and strangers who rallied around me immediately after I escaped. . .provided refuge, understanding, support, and love. . .I could not have survived without them.”

She celebrated her 17th wedding anniversary by getting her hair professionally cut and styled for the first time in her life.

Carolyn’s second miracle was winning her fight for custody of her eight children. She had the support of Utah’s attorney general, Mark Shurtleff, and was represented by Lisa Jones, a former judge.

The battered women’s shelter in West Jordan helped her find subsidized housing. She went on welfare. She was diagnosed with post-traumatic stress disorder (PTSD). Some days she survived in five minute increments. While living in this survival mode, her authentic self emerged. She got a brief job sewing costumes for an HBO series. After collecting $30,000 in past-due accounts for a friend’s business, she decided to become an accountant.

Warren Jeffs is now in prison, and Merril Jessop has been indicted.

Carolyn Jessop has found safety in the spotlight. She created a map for other FLDS wives to follow. She’s been on the Today Show and Oprah. She’s been interviewed by Time and CNN. She’s testified before Congress. Her book Escape became a best seller. She’s found joy with a man named Brian. 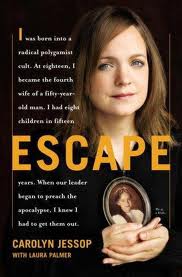 I had the pleasure of meeting Carolyn Jessop on November 9, 2007.

2 responses to “Carolyn Jessop: Safety in the Spotlight”