Buy the book. You’ll need a pack of highlight pens because it is packed with wisdom.  The Moment of Lift:  How Empowering Women Changes the World by Melinda Gates will rock your world and change your perspective.  Gender bias is insidiously embedded in our culture.  How?  Stigma.  Reproductive freedoms.  Oppression.  Unpaid work.  Violence against women.  Inequality.

If you don’t set your own agenda,
somebody else will.
– Elaine Amerland French

Mrs. French’s lesson had a powerful impact on her daughter: 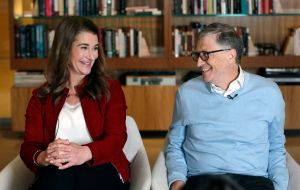 Women are conditioned to please and sublimate our needs to serve others.  It is rooted in subjugation of women, and stigma forces us to hide in shame rather than raise our voices and fight back:

There is social approval for women who don’t ask for much, who show self-doubt, who don’t seek power, who won’t speak out, who aim to please.

. . .the more powerless the girl is, the more appealing she is to the family that receives her.  They don’t want a girl with a voice, skills, or ideas.  They want an obedient and defenseless servant.

. . .women were entitled to very few roles in life:  to marry and serve a man, and bear and take care of his children.  Any detour from these duties brought disrepute. . .A woman’s pleasure, especially her sexual pleasure, was terrifying to the keepers of the social order. . .

“You exist for my pleasure!”

. . .Shaming women for their sexuality is a standard tactic for drowning out the voices of women who want to decide whether and when to have children. 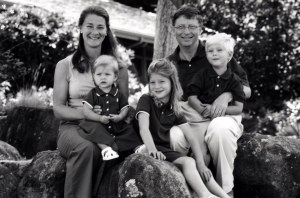 Sometimes the best thing a mother can do
for her children
is not have another child.
Melinda Gates, The Moment of Lift

I was shocked to discover that unmarried women in the United States didn’t have the right to contraceptives until Eisenstadt v. Baird was decided in 1972.  Mrs. Gates struggled to reconcile her Church’s stance on contraceptives with the need for women to be able to engage in family planning.  She resolved it by focusing on Christ’s teaching to love our neighbors:

When women can decide whether and when to have children, it saves lives, promotes health, expands education, and creates prosperity ~ no matter what country in the world you’re talking about.

The US. . .is using policy to shrink the conversation, suppress voices, and allow the powerful to impose their will on the poor. . .

Women who are well off won’t be harmed, and women with a stable income have options.  But poor women are trapped. . .politicians target people who can’t fight back, that’s bullying.

It’s especially galling that some of the people who want to cut funding for contraceptives cite morality.  In my view, there is no morality without empathy, and there is certainly no empathy in this policy.  Morality is loving your neighbor. . .trying to ease your neighbor’s burdens ~ not add to them. . .decisions are made for women by men.

Poverty is created by barriers.
Education determines who thrives.
– Melinda Gates, The Moment of Lift

. . .you experts in the law, woe to you, because you load people down with burdens they can hardly carry, and you yourselves will not lift one finger to help them.

Oppression is rooted in the concept of hierarchy:

. . .what’s the point of hierarchy if it’s not getting someone else to do what you don’t want to do?  What is hierarchy but a way to escape your share of responsibility.

. . .dominance is harmful. . .power and opportunity are awarded according to gender, age, wealth, and privilege ~ not according to skill, effort, talent, or accomplishments.

How do we jettison oppression?

The first defense against a culture that hates you is a person who loves you.

Love is the most powerful and underused force for change in the world. . .love is the effort to help others flourish.

Did you know that you could earn a bachelor’s and master’s degree in the time you will invest in unpaid work over your lifetime?

For women who spend all their hours doing unpaid work, the chores of the day kill the dreams of a lifetime. . .it is paid work that elevates women toward equality with men and gives them power and independence. . .The unpaid work a woman does in the home is a barrier to the activities that can advance her. . .Unequal unpaid work blocks a woman’s path to empowerment.

When Jenn Gates started kindergarten, Bill Gates drove her to school twice a week.  Mothers stuck in the car pool line went home and told their husbands:  “Bill Gates is driving his child to school; you can, too.” 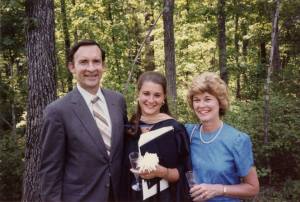 Raymond, Melinda, and Elaine French at Melinda’s graduation from Duke.

I was stunned to read that Mrs. Gates was in an abusive relationship before she met her husband:

He never wanted me to eclipse him. . .He saw me as someone who could play a useful role in his life. . .when I see women being put down or kept in certain roles, I see myself in them.

She is passionate on the issue of violence against women:

Gender-based violence is one of the most common human rights abuses in the world. . .men try to control women. . .There is no equality without safety.

As we advocate to prevent abuse, we would all be wise to heed the advice of Molly Melching:

Outrage can save on girl or two.  Only empathy can change the system.

We need to do more than identify the abusers; we have to heal the unhealthy culture that supports them. . .the false hierarchy that puts women below men. . .treated as objects. . .

Sexism is more deeply rooted in our culture than racism.  Mrs. Gates gave me the courage to finally write those words:

Disrespect for women grows when religions are dominated by men. . .men’s false interpretation of scripture. . .I believe without question that the disrespect for women embodied in male-dominant religion is a factor in laws and customs that keep women down.

The most powerful positions in society are often occupied by men who do have wives who do not work outside the home. 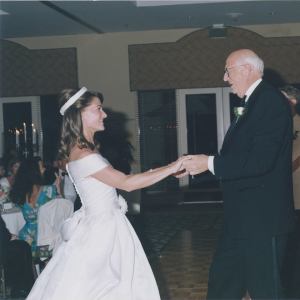 Bill’s dad has always had a very strong belief
in women’s equality.
– Melinda Gates, The Moment of Lift

Bill and Melinda Gates are committed to an equal partnership in their marriage. They learned this dynamic from both sets of parents:

Equal partnership in marriage promotes health and prosperity and human flourishing.  It invites respect.  It elevates both partners.

The common thread in The Moment of Lift is Mrs. Gates’ call for women to “find the guts to speak up against waves of tradition.”  Don’t allow society to tell you have no value.  Surround yourself with people who love and support you:

When women hear our own voices in another woman’s story, our courage grows, and one voice can become a chorus. . .light can flood the places where abusive behavior thrives.

It often takes many women, arms linked, to inspire other women to speak.

Every man who’s a bully is
scared of a group of women.
– Melinda Gates, The Moment of Lift

At the end of the day, love is once again the answer.  Yet, how do we turn all that pain into power?

If we can face our pain, we can find our voice. . .The only way to end these feelings is to accept them. . .let your heart break.  Letting your heart break means sinking into the pain that’s underneath the anger. . .accept the suffering. . .hurt can turn into hatred.

There is a big difference between a loud voice and a strong voice.  The loud voice of a man who has no inner life and is a stranger to his own grief is never a voice for justice; it’s a voice for self interest, dominance, or vengeance.

Their voice rings with moral power.
There will be plenty of resistance, but
lasting progress will come from a moral appeal.
– Melinda Gates, The Moment of Lift

Nelson Mandela realized that if he stayed angry, he would still be prisoner ~ and he wanted to be free.

Justice does not mean vengeance. . .The most radical approach to resistance is acceptance. . .accepting our pain [rather than] trying to make ourselves feel better.

The goal for humanity is not equality but connection.
Love is what makes us one.
Love is what lifts us up.
– Melinda Gates, The Moment of Lift

While I was reading The Moment of Lift, the National Network to End Domestic Violence (NNEDV) posted the Equality Wheel on Facebook.  It charts a healthy relationship in which love, respect, and equality are present.