Dorothea Benton Frank on the porch of her Sullivan’s Island home.

Queen Bee is Dorothea Benton Frank’s 20th novel and a departure from her typical Sullivan’s Island beach books. The characters are more quirky and eccentric. Her zingers are hysterical.

Ms. Frank started writing fiction because she wanted to buy her late mother’s home on Sullivan’s Island, South Carolina.  Her husband Peter Richard Frank wouldn’t give her the money.  By the time Sullivan’s Island:  A Lowcountry Tale became a best-seller, the family’s ancestral home had been sold.  Ms. Frank bought Rave-Inn and restored it.  The name of the home is a nod to Edgar Allen Poe.

The living room of Rave-Inn

Queen Bee is a quick read and wonderful beach book to kick off the summer.  It is a celebration of honey bees and the flowers they pollinate as well as the power of love to heal broken hearts and family dysfunction. 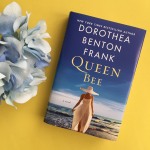 Holly McNee Jensen is a 30-year old virgin who yearns to become an elementary school teacher on Sullivan’s Island.  While she waits for a position to open up, she begrudgingly cares for her cantankerous, bitter, hypochondriac mother and lovingly tends her bee hives and garden.  Her unrequited love for the widower next door, Prof. Archie MacLean, is sublimated by her devotion to his sons Tyler and Hunter.

Holly’s sister Leslie decamped to Ohio with her “wallet” husband Charlie who decides to become a female impersonator, Charlene, six years into their marriage.  A devastated Leslie returns to Sullivan’s Island and spices up the plot.

The sisters call their mother the Queen Bee or QB.  When QB learns she may have liver cancer, she jettisons her hypochondria and embraces life with gusto.

Alas, Archie marries Sharon, an abusive, cosmetic dentist, who has zero interest in being Tyler and Hunter’s mother.  Sharon was terrified of bees, and Holly’s bees buzzed the wedding ceremony:

[Holly] wished for a disaster to happen; a little one would be fine.

. . .a lone seagull flew over and dropped his visiting card on the back of Sharon’s gown.  She didn’t flinch.  He was followed by two others who did the same. . .Then there was a fourth, which made a direct hit on her head, and bird shit was now running down her face.  Understandably, Sharon started shrieking.  Had the birds joined forces with my bees? 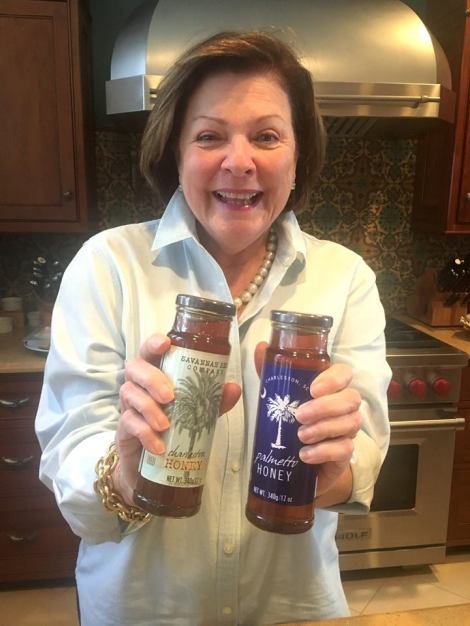 The plot of Queen Bee is laced with hysterical, sarcastic zingers with a touch of revenge.  Did you notice I used the word “was” in reference to Sharon?  Let’s just say she gets stung more than once.

Leslie and QB’s jaunt to Las Vegas to support Charlene’s dreams of stardom drags <pun intended> on a little too long but is a welcome departure from the stodgy characters who are typically embedded in Ms. Frank’s books.  I forgave her this sin because this plot twist delivers a delightful and satisfying end to the book.  Enjoy!