I’ve been a proponent of the 2nd Amendment my whole life.
Until the events of last night.
I can’t express how wrong I was.
Caleb Keeter on Twitter

Let’s take a close look at that 2nd Amendment:

A well regulated Militia, being necessary to the security of a free State, the right of the people to keep and bear Arms, shall not be infringed.  [emphasis added]

How secure do you feel today?  How free?  I think it is time for some strict construction of the 2nd Amendment.  The right to bear arms is predicated on the security of a free state.  In other words, there’s zero right in the 2nd Amendment for people to own guns for sport or personal protection.  We have a “well regulated Militia” ~ the National Guard, the armed forces, and police.

The perpetrator who shot up a country and western concert in Las Vegas on October 1, 2017 had an arsenal of 42 weapons.  How the hell did he amass that arsenal as well as enough ammunition to shoot 586 people?  Fifty-nine people are dead. 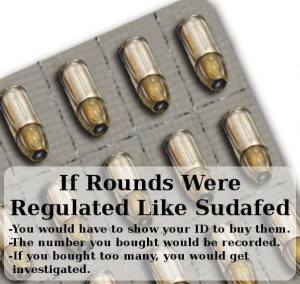 [Stephen Paddock] never gave any indication or reason
to believe he was unstable or unfit at any time.
Guns & Guitars, Mesquite, Nevada

How gun nuts are we?  Seriously.  Someone has to be a special brand of paranoid to amass Paddock’s arsenal.

Gun enthusiasts love blaming the mentally ill for shooting rampages.  But, none of them want to admit that they are paranoid as hell.  Nobody needs enough guns and ammunition to arm a militia.  Nobody.

Gun enthusiasts who feel a strong need to protect our country are free to join the military or the National Guard.

The White House politely told us to shut the fuck up yesterday about shooting rampages.  Well, Sarah Sanders, when exactly will the GOP be ready to take on the National Rifle Association?

Enough with the damned thoughts and prayers.  It is time for us to find the integrity and courage to stop this lunacy.

It is time for us to fuck up the potluck.  It is time to admit that the people we know and love who honestly believe that they need an arsenal of weapons and ammunition are paranoid as hell and need help.

It is time for us to engage in our own gun control and get the guns out of our homes.  We don’t need to wait for Congress.  We can do it today.

Or do you need to be like Caleb Keeter?  Do you need to personally dodge a hail of bullets from an automatic weapon to wake the hell up?