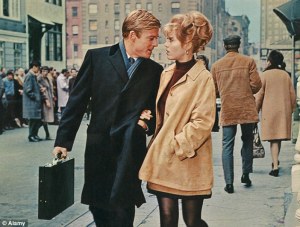 Robert Redford and Jane Fonda in Barefoot in the Park

Which is better?  The book or the movie?  Our Souls at Night has been promoted by Netflix as the 50th anniversary edition of Barefoot in the Park for 70-something old farts set in rural Colorado rather than New York City.  It was released this morning, and here’s a link the the movie trailer.

Yesterday evening I read Our Souls at Night, which was the last book written by the late Kent Haruf.  I loved the writer’s minimalistic style which reads like a conversation or a movie script.  I could hear the voices of Redford and Fonda in my head:

I wonder if you would consider coming to my house sometimes to sleep with me. . .The nights are the worst.  Don’t you think? 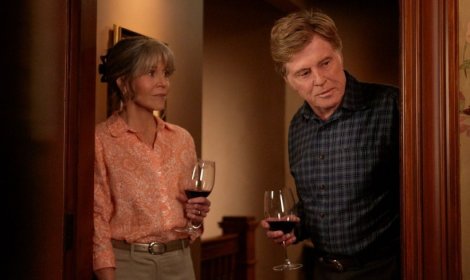 I was so looking forward to the scene where Louis goes to the barber for a haircut and a shave prior to his first night with Addie.  Sadly, it didn’t make the movie.

Addie is a widow, and Louis is a widower.  They are both lonely, and they’ve both spent way too much time worrying about local gossips.  While the movie brilliantly captures life in small-town, rural Colorado, it doesn’t feature two hysterical scenes which take pot-shots at local busybodies. 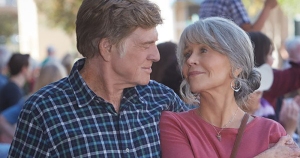 Louis meets his buddies for coffee, and a man he doesn’t particularly like says:

I wish I had your energy.

To stay out all night and then still have enough left over to function the day after.

You know, he said, one of the things I always hear is how any story is safe with you.  It goes right in your ears and out your mouth.  I wouldn’t want to get the name of a liar and a prevaricator in a little town the size of this one.  A reputation like that would just about follow you everywhere. 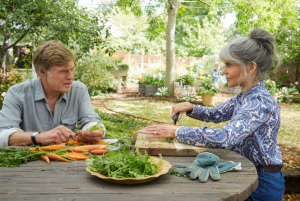 Ruth Joyce, Addie and Louis’ neighbor, is one of the few locals who approve of the budding relationship between them.  At the grocery store check out, the gossipy clerk asks if Mrs. Joyce has found everything she wanted:

I didn’t find me a good man.  I didn’t see one of them on the shelf.  No, I couldn’t find any good man back there.

Couldn’t you?  Well, sometimes they’re closer to home than you think.  She glanced very quickly at Addie. . .

Your blouse has a spot on it. . .You shouldn’t come to work dressed like that.  [There’s no spot.]

On the long drive home, Ruth says to Addie:

Sometimes I hate this place. . .Sometimes I wish I had gotten out of here when I could.  These small-town small-minded pissants. 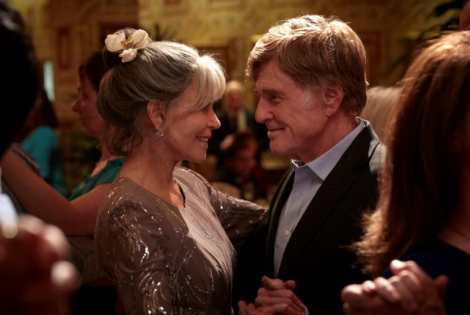 Addie and Louis’ romantic night at the Brown Palace Hotel in Denver.

The couple’s children Holly (Louis’ daughter) and Gene (Addie’s son) disapprove of their relationship.  Gene’s disapproval escalates to abusive and controlling behavior.  The movie ignores the issues Gene had with his late father after his sister Connie’s accidental death.  Instead, Gene’s angst is targeted at Addie.

Yet, the script change yields a more satisfying end to the story.  At the end of the day, I highly recommend reading the book before seeing the movie.  I’m very sad that this was the author’s last book.  Mr. Haruf passed away from cancer shortly after he finished it.

3 responses to “Review: Our Souls at Night”