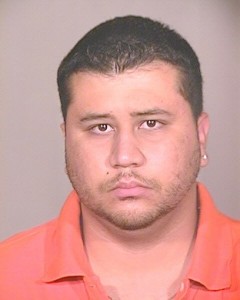 We need to take a hard look at the jury who decided that George Zimmerman was innocent of murder.  We need to remember that these six women’s primary qualification to serve on the jury was that they are so totally clueless that they were the only six people on the planet who didn’t know about the case.

When George Zimmerman realized he had started a fight he couldn’t finish, he decided to shoot Trayvon in cold blood.

How the hell can this possibly be self-defense?

Update:  Juror B37 was on Anderson Cooper 360 (CNN) on July 15.  You can watch portions of the interview on CNN’s website.  However, they didn’t post the segment of the interview when she said the jurors couldn’t comprehend the legal definition of self-defense or stand your ground.  Their initial vote was 3 not guilty, 1 2nd degree murder, and 2 manslaughter.  After a thorough review of the evidence, the 2nd degree murder vote changed to manslaugher.  So, they were evenly divided between guilt and innocence.

Juror B37 is married to an attorney which makes it difficult for me to believe that she didn’t have a prior opinion on this case or know about it.  Further, she already has a book deal with the publisher of O.J. Simpson’s book If I Did It.  The condescending tone of her voice as well as the stereotypical, derogative, racist comments she made while sharing her opinion of Rachel Jeantel, the Black witness who was speaking to Trayvon Martin shortly before he was murdered, suggests to me that she is a racist who clearly has no idea that the witness she believed was a poorly educated ghetto rat was actually a woman who spoke three or four languages.

George Zimmerman engaged in cold-blooded, premeditated murder and got away with it.

His daddy is a judge, and George Zimmerman learned how to get away with murder by first getting away with domestic violence.  Those six women on the jury didn’t know what the hell they were doing.  One of them is a domestic violence survivor.  And, she has no clue that her decision means she will never again be safe in the state of Florida.

This miscarriage of “justice” took place in the same state that sent a woman to prison for 20 years for defending herself by shooting a gun into the air to frighten her estranged, abusive husband.

If anyone still believes there is “justice” in our judicial system, I have some swampland in Florida to sell you.

DV survivor Marissa Alexander was sentenced to 20 years for firing a warning shot at her abusive, estranged husband.  George Zimmerman and Ralph Wald got away with murder.

Fla. woman Marissa Alexander gets 20 years for “warning shot”: Did she stand her
ground? [CBS]

Is There Racial Bias in “Stand Your Ground” Laws?

Excellent review by PBS’ Frontline.  This research is why it is likely the Department of Justice will conduct a civil rights review of Trayvon Martin’s murder.

One response to “Zimmerman Is Innocent? Bullshit!”