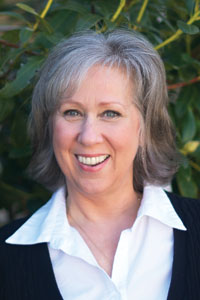 My endorsement for state representative for the 44th Legislative District in Washington is a complete no-brainer: Mary McNaughton.

Hell would freeze over before I would support her opponent, incumbent Mike Hope.  I don’t like the dirty campaign he ran against Snohomish County executive Aaron Reardon, and I am deeply troubled by allegations I heard about Mr. Hope during that campaign.  I will not repeat them because someone I know and trust claims they aren’t true, but there is a certain stink that remains that I don’t like.  I don’t have to draw y’all a picture, do I?

Ms. McNaughton, on the other hand, is an oncology and surgical nurse.  Obviously, she gets the serious health care issues that are being hotly debated.  She is an Army veteran.  Ms. McNaughton is also a survivor of military sexual assault.  Y’all know how important it is for survivors to have our voices heard.  We need legislators who have the courage, strength of character, and integrity to say out loud and clearly, “hell to the NO!” on violence against women.

Domestic violence and child abuse are serious issues in Washington State.  It is an issue that most politicians will avoid despite the fact that our exceedingly dysfunctional system is costing the state $12 billion/year in welfare benefits for people who have fallen through the cracks.  This doesn’t include the cost of SSI/SSD or HUD housing benefits.

I am beyond impressed with Ms. McNaughton’s leadership abilities, her ability to focus and instantly grasp complex political issues, her drive, and her commitment to the people of Snohomish County.  Her opponent is investing very little effort to retain his seat.  Meanwhile, Ms. McNaughton is personally contacting voters every day ~ rain or shine.  She has won an amazing number of endorsements from people who have as much faith in her as I do.

I feel blessed to have Ms. McNaughton in my life, and I look forward to having her representing me in Olympia.