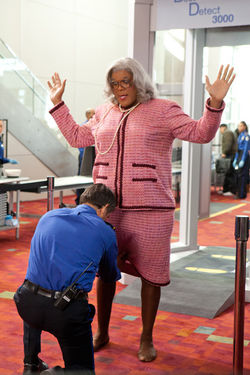 Tyler Perry’s Madea franchise has generated about $1 billion in revenue.  Mr. Perry’s first play opened on July 8, 1992 to an audience of thirty people. 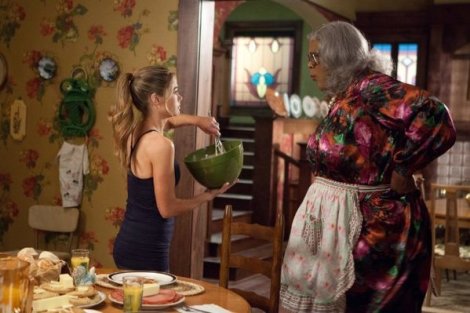 Madea’s Witness Protection was released today, and I couldn’t wait to see it.  Denise Richards and Doris Roberts stole the movie.  It was inspired by the question:  What would happen if Bernie Madoff had to live with Madea? 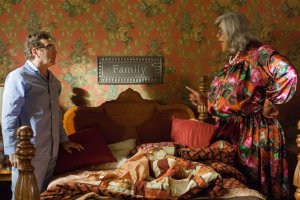 Madea’s nephew, Brian Simmons, has become a U.S. Attorney responsible for prosecuting the Ponzi scheme from Atlanta.  He offers his Aunt Madea $4,000/week to protect his witnesses.  One of the funniest bits in the movie is when Brian’s father Joe reconnects with Barbara (played by Ms. Roberts), who has dementia but wickedly remembers Joe. 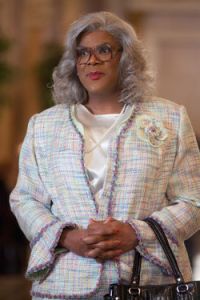 Mr. Perry wearing fake Chanel is worth the price of a ticket.  The funniest scene in the movie is Madea trying to remove her flats at the airport without flashing Mr. Perry’s junk.  Be sure to stay for the out-takes that play while the credits roll.  Hysterical! 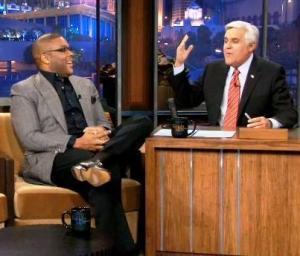 Mr. Perry was on the Tonight Show with Jay Leno last night.  The interview touched on a wide variety of subjects and is well worth watching.  Mr. Perry’s interview on Good Morning America this week was very funny.  The host didn’t know how to pronounce “Madea.”