I think same-sex couples should be able to get married.
Pres. Barack Obama
When Pres. Barack Obama was born, his parents’ marriage would not have been legal in North Carolina and 24 other states.

Bans against miscegenation (interracial marriage) were declared unconstitutional by the U.S. Supreme Court in Loving v. Virginia in 1967.  They were cornerstone values for Nazi Germany and Apartheid. 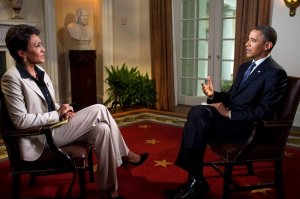 This morning, Pres. Obama told Good Morning America’s Robin Roberts that he endorses gay marriage.  He believes his position affirms Christian values ~ the values that Jesus taught us ~ to love one another and live by the Golden Rule.

Yesterday, voters in North Carolina voted to amend their state constitution to ban gay marriage.  I hope somebody points out Deuteronomy 21 to the “Christian” preachers who are leveraging their political activism on this amendment as a smokescreen for their bigotry.  They are big on Leviticus while ignoring the call in Deuteronomy 21 to stone the obese people in their own congregations.  It could resolve our national obesity crisis. 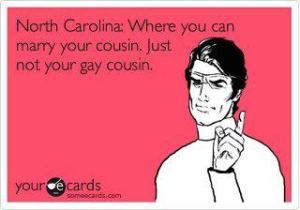 Someone launched a campaign to move the Democratic convention out of North Carolina in protest of yesterday’s vote. 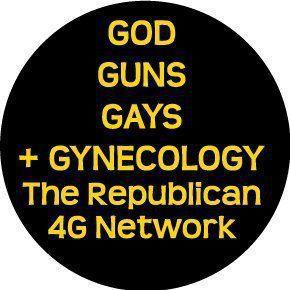 I think we need to take it a step further.  I think it is time to revoke the tax-exempt status of religious organizations that abuse the power of the pulpit to manipulate their congregations.  Someone more clever than I said this week that we all need to become a doubting Thomas.  We need to see that wolf in sheep’s clothing who selectively quotes Biblical passages to promote a political agenda.