I didn’t wear a hoodie yesterday because 1) I don’t own one and 2) I didn’t know it was the thing to do.

Somebody asked on Facebook yesterday why the “best interest of the child” standard seemed to be rooted in Nazi values.  In other words, why don’t those being PAID to protect children do it?  The answer is simple.  They were probably reared under Germanic pedagogy.  Say what? 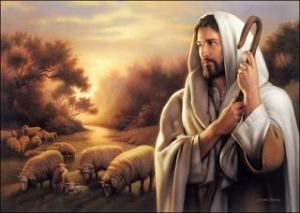 Their parents believed “spare the rod” gave them license to beat the shit out of their kids.  They believed the evil they heard spewed from the pulpit.  Nobody taught them that God’s greatest commandment is for us to love one another.  That rod is supposed to be used to gently guide children.  A good shepherd protects the flock.  A good shepherd doesn’t feed lambs to the wolves. 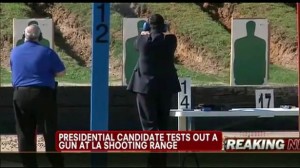 The Tea Party is a whole flock of wolves in sheep’s clothing.  They claim to be about fiscal conservativism, but their driving motivation is racism.  In the bad old days, they wore KKK robes.  George Zimmerman hasn’t yet been arrested for murdering Trayvon Martin, and I’ll bet the racist bitch who told Rick Santorum at the gun range to pretend the target was President Obama wasn’t arrested by the Secret Service either.

My haters are my motivators.
– Ellen Degeneres

Adolph Hitler, who is at the center of Alice Miller’s extensive research on child abuse, created the Holocaust to extinguish people he didn’t like.  Today’s bigots are similarly hiding behind the cloak of “religious values” to extinguish the right to life, liberty, and the pursuit of happiness for people who happen to have been born gay or lesbian or female.

I’m sorry, but who died and appointed them boss of the rest of us?  Who made them the love police?  It isn’t as if gay and lesbian people are asking for a ménage à trois or group sex.  They just want to be left alone to love somebody.  Isn’t God’s greatest commandment that we love one another?  Guess these “Christians” were absent the day that lesson was taught.

I don’t need a damned thing from J.C. Penney’s, but I’m going to buy something from them today to say “thank you” for having the courage to stand up to religious bigotry.  I hope I see a flash mob celebrating Ellen.

While I’m out and about, I’m going to buy a cuppa at Starbucks to similarly thank them for standing up for the true meaning of religious freedom and for upholding the First Amendment’s mandate to separate church from state.  If you are short on cash or time, you can sign the thank you card.

For three years and 426 posts, I have been writing about domestic violence.  This morning I woke up and realized I should have been writing about religious abuse because that’s where this all starts:  in the pulpits.  Abuse in all its guises is rooted in  bigotry, hate, and misogamy.  It is promulgated by impotent, cowardly men on a quest for power and control.

Your actions (and inaction) speak so loudly that
I can’t hear what you are saying.

I’m done having abusive zealots impose their bigotry and hate on me under the guise of “religious values.”  The Founders’ intent with the separation of church and state was to politely tell abusive “religious” zealots to mind their own damned business.  Get out of our bodies and beds already.

God is love.  The message couldn’t be more simple:  God is love.  I don’t care what you call yourself, if your actions aren’t motivated by love, you aren’t living by the central tenet of your religion.  You can pray all you want.  God’s watching your actions.  Are you treating yourself and those around you with love, dignity, and respect?

One response to “The Power of Social Media to Spread the Word: God Is Love. Hate Is Evil No Matter How You Try to Disguise It Under the Cloak of “Religious Values””