A woman must have money and a room of her own.
-Virginia Woolf, 1929

Why do women stay in violent relationships?  Money.  The gilded cage traps birds of all feathers.  Children who experience abuse and incest are trapped in that cage.  The life of a teenage run-away is dangerous.  Women with children often are trapped in that cage.  They will endure horrendous abuse to provide their children with advantages they won’t have if mom is on welfare and barely able to keep a roof over their heads, food on their plates, and clothes on their backs.

If the man in her life is a pit bull abuser, she and her children are safer at home inside their gilded cage than out on their own where a predator can easily pounce upon prey.

I pondered. . .what effect poverty has on the mind; and what effect wealth has on the mind. . .
thought how unpleasant it is to be locked out; and
I thought how it is worse perhaps to be locked in; and,
thinking of the safety and prosperity of the one sex and
the poverty and insecurity of the other and of
the effect of tradition and of the lack of tradition upon the mind.
– Virginia Woolf
Virginia Woolf knew these truths intimately.  She experienced incest.  Yes, she was a brilliant feminist writer.  Yes, she was featured on the cover of Time.  Yes, her works have become classics.  But, she knew intimately that none of this would have happened absent her infamous £500 and a room of her own.  And, there was that lingering depression which some believe was probably bipolar disorder caused by the incest she experienced.  Ultimately, she took her life by filling her pockets with rocks and walking into the River Ouse near her home in Sussex, England on March 28, 1941.

One cannot think well, love well, sleep well, if one has not dined well.
– Virginia Woolf

So, why have I included her story in this National Domestic Violence Awareness Month celebration of abuse survivors?  To drive home the point that we need to be financially self-sufficient to effectively exit an abusive relationship so that we can ultimately survive, thrive, and find joy.  It is as true today as it was in Virginia Woolf’s time.

The most common thread in the successful survivors’ stories that I have featured this month is that they either were financially self-sufficient or they were able to leverage their talents to become women of independent means.  First Mother Virginia Clinton Kelley had a lucrative career.  But, she learned a powerful lesson on the importance of financial independence when she didn’t have control of her income and had to borrow money to leave Roger Clinton. 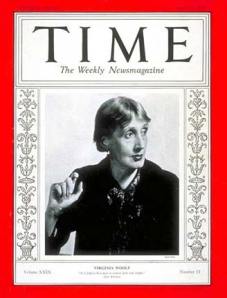 To enjoy freedom we have to control ourselves.
– Virginia Woolf
In Virginia Woolf’s day, First Mother Dorothy Gardner King needed her family’s money to flee her wealthy, abusive husband with the infant who would become Pres. Gerald R. Ford.  Mrs. Kelley inspired her son to pass the Violence Against Women Act.  Mrs. Ford inspired her daughter-in-law to break down the walls of silence about breast cancer. 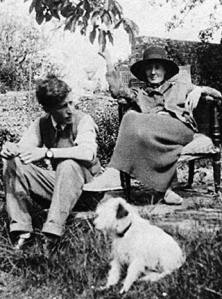 Someone has to die in order that the rest of us should value life more.
– Virginia Woolf

Adeline Virginia Stephen, a member of the infamous Bloomsbury Group, married Leonard Woolf on August 10, 1912.  They founded Hogarth Press in 1917.  The investment was intended as therapy for Mrs. Woolf, and it became a thriving business which published all her works.  They moved from London to their country retreat, Monk’s House, at the start of World War II in 1940.  Her greatest legacy is the wisdom she shared in A Room of One’s Own about the power of the financial self-sufficiency she achieved from a £500 legacy from her aunt Mary Benton:

The news of my legacy reached me one night about the same time that the act was passed that gave votes to women. . .she had left me five hundred pounds a year for ever.  Of the two ~ the vote and the money ~ the money, I own, seemed infinitely more important. . .always to be doing work that one did not wish to do, and to do it like a slave, flattering and fawning. . .my aunt died; and whenever I change a ten-shilling note a little of that rust and corrosion is rubbed off; fear and bitterness go. . .what a change of temper a fixed income will bring about.  No force in the world can take from me my five hundred pounds.  Food, house and clothing are mine for ever. . .I need not hate any man; he cannot hurt me. I need not flatter any man; he has nothing to give me. . .five hundred pounds a year will keep one alive in the sunshine. . .my aunt’s legacy unveiled the sky to me. . .a view of the open sky.  [emphasis added]

. . .in a hundred years. . .women will have ceased to be the protected sex.  Logically they will take part in all the activities and exertions that were once denied them.

I think Virginia Woolf would be very disappointed to know that, sadly, most of us are not yet women of independent means.

She found success and literary acclaim.  At times she thrived and found joy.  But, she did not ultimately survive.

October is Domestic Violence Awareness month.  Please join me in wearing your purple and celebrating survivors.  As we celebrate survivors, let us honor those who died so that we might be free.