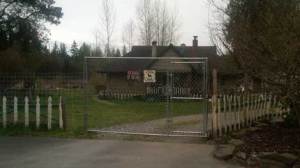 Why did I watch the news tonight (Sunday)?  I had such a pleasant day.

For a moment, I thought the reporters couldn’t get their facts straight.  Even I couldn’t fathom that there could possibly be two cases of domestic violence murders in the Roy-Eatonville area of rural Pierce County, WA in one weekend.  Toss in a SWAT stand-off on Sunday, and it is just more than I can process.  [On Tuesday, three more people were killed by a domestic violence perpetrator stationed at Joint Base Lews-McChord.]

According to KOMO (Seattle’s ABC affiliate) and the Seattle Times, Barbara Ann Clayton has been arrested for the murder of her boyfriend Curtis Giffin, age 51, in Roy on Friday.   Ms. Clayton’s 13-year-old daughter was in the home when the murder took place and called police.

Today, all the local media outlets are reporting a murder-suicide in the Roy-Eatonville area.  This time Hector Estrada (57) allegedly shot Yolanda G. Patchin, his 47-year-old live-in girlfriend, before turning the gun on himself.  A KOMO reporter said on air ~ they didn’t publish this ridiculous comment on-line ~ that it had been awhile since we’d heard this kind of tragedy in Pierce County.

Bullshit.  In a case of chilling similarity, Georgia Gunzer was murdered in January by her ex-boyfriend while their 10-year-old daughter was having a slumber party.   According to the Seattle Times, four kids ranging in age from 10 to 15 were present during the murder-suicide in Roy on Sunday.  The couple’s 11-year-old child called police.  And, in another chilling similarity, KOMO reported that Sgt. Nick Hausner responded to the call.

Sgt. Hausner was wounded when he responded to 16-year-old Bryona Crable’s call for protection from her abusive daddy on December 21, 2009.  Sgt. Hausner’s partner Deputy Kent Mundell was murdered by Bryona’s daddy, and she is credited for saving Sgt. Hausner’s life.

I promised myself that I wasn’t going to write yet another post about the dysfunction in Pierce County.  If the folks who live in Pierce County don’t care enough to raise hell, why should I?  But, the news went on to report a soldier slipping away from a SWAT team after shooting at his wife and holding their two-year-old daughter hostage.  Seriously, folks.  WTF does it take?

Local news outlets have reported that a soldier who recently returned from his second tour of duty in the Middle East allegedly shot at his wife and held their two-year-old daughter hostage Sunday evening in Puyallup.  Yep.  That’s Pierce County.  Home to the late Georgia Gunzer.

See:  Third Deadly Case of Domestic Violence in Pierce County, WA in Less than a Week

4 responses to “Three Cases of Domestic Violence in Pierce County, WA in One Weekend”