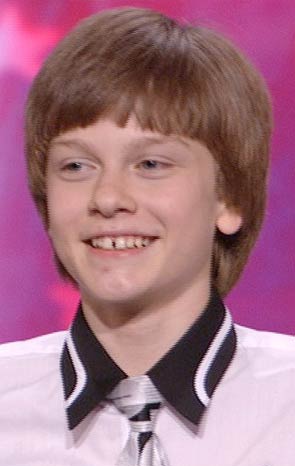 I just love America’s Got Talent.  Tonight’s show ended with an amazing 13 year old kid named Arcadian Broad.  He had been bullied by the kids at school.  He was never “good enough” to be picked for sports.

Fortunately, he has a supportive mother and sister who taught him “nothing would get in his way.”  He realized he had something great inside ~ dance ~ to give out.

So, he turned to dance.  Sharon Osborne said he had a “natural God-given gift” and “magnificent talent.”  He leveraged that talent to come out on top.  He danced to Elton John’s “I’m Still Standing” which was featured in The First Wives Club.

The lyrics make a great anthem for anybody who has experienced abuse and lived to tell the tale ~ the words have such power and are ever-so liberating:

And there’s a cold lonely light that shines from you

And did you think this fool could never win

Well look at me, I’m coming back again

I got a taste of love in a simple way

I’m still standing after all this time

Once I never could hope to win

You starting down the road leaving me again

The threats you made were meant to cut me down

Arcadian’s a true Life Raft.  He survived.  He thrived with dance, and tonight Arcadian found the joy of victory!  Bravo, Arcadian!

If you are experiencing the bitter pain of recent abuse or if you are having a tough day, I hope you’ll click on this link  and watch the video of Arcadian’s performance.  Watch the audience giving him a standing ovation.  See him soar after he learns he’s going to Las Vegas.  Imagine yourself in his shoes.  Belt out the lyrics of “I’m Still Standing” at the top of your lungs. . .dance with the joy and freedom of Arcadian.