Thönes Kunders’s house at 5109 Germantown Avenue, where the 1688 Petition Against Slavery was written served at the Quaker meetinghouse.

The 155th anniversary of Juneteenth seems like a good time to look back in history to when the first seeds for equality and justice were planted at Germantown, PA on February 18, 1688.  Mennonites and Quakers met at the home of Thönes Kunders where four men gave voice to a belief in universal human rights shared silently by many of their members.  The night went down in history as the 1688 Germantown Protest Against Slavery.

Their leader, Francis Daniel Pastorius, believed that slavery was evil and contrary to the Bible’s Golden Rule:  “do unto others as you would have them do unto you.”  Mennonites and Quakers had immigrated to Pennsylvania to have “liberty of conscience.”  Why would people who had suffered religious persecution in Europe oppress those “who are of a black colour” in America?

There is a saying, that we should do to all men like as we will be done ourselves; making no difference of what generation, descent, or colour (sic) they are… To bring men hither [to America], or to rob and sell them against their will, we stand against.

In essence, since white men did not want to be slaves, they had no right to enslave Black African men and women.  Garret Hendricks, Derick up den Graeff, and Abraham up den Graeff shared his beliefs and signed the petition against the importation, sale and ownership of slaves,  It emphatically asserted that the capture and sale of ordinary people as slaves, where husband, wife and children are separated, would not be tolerated among Quakers.

To drive home their point, they claimed the Golden Rule gave slaves the right to revolt.  Several accounts speculate the men hoped the possibility of a slave revolt would quell economic development in the colonies.

Sadly, their petition was minimized and ignored for a decade.  However, the evils of slavery were gradually and systematically exposed.  Quakers became moral leaders in a movement to secure fundamental human rights.  It was ultimately embraced by other churches and Philadelphia society.

In 1754, the Philadelphia Yearly Meeting of Quakers issued “An Epistle of Caution” declaring the purchasing and owning of slaves was inconsistent with their gospel of universal love and peace and was therefore wrong.

In 1758, Quakers were forbidden to import or purchase slaves.  A committee was established to inspire members to free their existing slaves.  In 1774, Quakers abolished slavery and ordered members who refused to free their slaves to leave the Society of Friends.

Quakers provided funding to freed slaves to start businesses and encouraged them to attend Quaker meetings and educate their children.  Many broke the law by helping slaves escape to freedom.

Their quest for human rights ushered in the Declaration of Independence (penned on Rittenhouse paper) and the abolitionist and suffrage movements.

On January 1, 1863, in the midst of the Civil War, Pres. Abraham Lincoln signed the Emancipation Proclamation which freed the slaves.  In 1865, the 13th Amendment abolished slavery.  Slavery ended on June 19 when the last of nearly four millions slaves were finally free.

Sadly, 332 years after the petition was signed, oppression remains entrenched in institutions that conspire to foment injustice based on power and tradition. 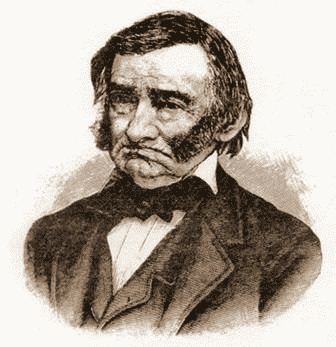 Although Quakers take credit for the movement, three of the four men who signed the original petition were longstanding Mennonites.  Their first preacher was my ancestor, William Rittenhouse.  I don’t know if he was at this historic meeting.

In 1690, he established the first paper mill in the country in Germantown, PA.  He used recycled linen rags to make paper.  The social and cultural revolution in early American history was chronicled, debated, and agreed upon on Rittenhouse paper.  The mill operated for 150 years and had a monopoly on paper for 40 of those years.

During the Battle of Germantown on October 4, 1777, the Pennsylvania militia used Rittenhouse paper in their hats to make their uniforms look more formal as well as cartridges and wadding for their rifles.  Alas, George Washington lost the battle and retreated to Valley Forge.

William Rittenhouse died in 1708.  The original homestead was occupied by eight generations of Rittenhouse descendants and is now an historical landmark.  William’s great-grandson David Rittenhouse was born there in 1732.  He continued the family tradition of giving slave owners like his buddies Ben Franklin and Thomas Jefferson shit for owning slaves.