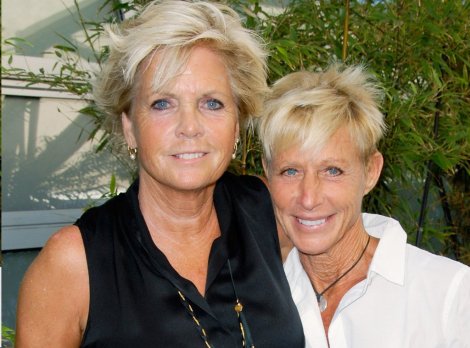 Meredith Baxter’s memoir, Untied:  A Memoir of Family, Fame, and Floundering, is a refreshingly candid examination of the cost of shame.  Shame has been a powerful weapon of control since the days of Adam and Eve.  It will be the theme in a my series of posts celebrating Navigating Uncharted Waters’ seventh anniversary on V-Day.

Shame sets us up for abusive relationships and corrodes our self-confidence, self-esteem, and ability to thrive and find joy.  And, I am wondering after reading this memoir whether it is possible to jettison shame while the person who programmed us to feel a deep sense of shame is still alive.

How does someone come to accept the fact that our parents ~ especially our mothers ~ didn’t want us?  It is a question which still plagues me after years of therapy and three years after my own mother’s death:

As a child I was held captive by feelings of fear, shame, anger, loneliness, and a profound sense of being unloved. I developed a belief system about myself based on these feelings that shaped and directed the trajectory of my entire life.  I was defined by that thinking and undone by it. Every decision and relationship was governed by it. 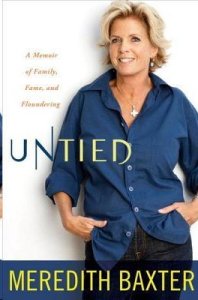 If I can’t have the mother, I’ll take the daughter.
– Jack X Fields, Untied

Learning to accept responsibility for myself and my choices has been a rough and often reluctant path to trudge but the rewards have been copious and surprising. Becoming healthier and more mature, I attract like people. I’m no longer looking for someone or something outside myself to make me okay; I’m discovering I’m just fine as I am.

Her mother insisted on being called Whitney.  She was ~ much like my own mother ~ obsessed with her career and unapologetically neglectful as a mother.  I got the sense that Whitney was jealous of and perhaps tried to undermine her daughter’s career success.  Her second husband, Jack X Fields, had a creepy, unhealthy relationship with Meredith and was emotionally abusive and controlling.  He became her agent. 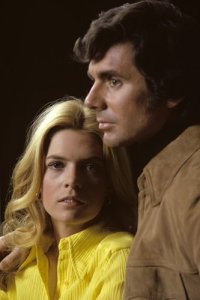 As a young bride, I loved the series Bridget Loves Bernie.  It was based on the life of the series’ creator, Bernard Slade.  Meredith Baxter and David Birney played star-crossed lovers in a union which didn’t make their Catholic and Jewish parents ~ and some vocal viewers ~ happy.  After the series ended, the couple married.  David Birney replicated in Meredith Baxter’s life the familiar shame and blame of her childhood:

He knocked me down.  It was so sudden and unexpected,
I couldn’t tell you which hand hit me, or even how hard.
I do recall thinking, “I’d better not get up because he’s going to hit me again.”

He felt that I was undercutting his dreams or the work he was trying to do or somehow minimizing him. I wish I could have said to him, “You putz! Why is hitting me your response? Is there only room for your feelings?” But instead, the following morning, I went back to his house and apologized for being insensitive.

My fantasy of their perfect union was blown.  Mr. Birney has denied the abuse, but Ms. Baxter’s children confirmed that he was exceedingly emotionally abusive.  The couple divorced in 1989 after fifteen years of marriage.  The custody battle was protracted, and Ms. Baxter courageously admits that both parents used their children as pawns.

I believe the abuse allegations and think Mr. Birney knew that his ex-wife would eclipse him professionally.  She did.  His career essentially ended shortly after the divorce.  His protracted exit from the relationship coupled with the litigation abuse are further indications of an abusive perpetrator.

One of my favorite scenes in the book was an act of revenge that so many of us have done to vent our rage and feelings of impotence.  Ms. Baxter carefully clipped every third stitch in the seams and lining of Mr. Birney’s coveted blazers and slacks so that he would be humiliated when they gave way in public.  Clever.  OK.  Yes, it was evil too. 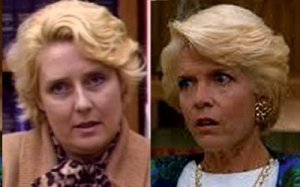 Ms. Baxter’s reflections on Betty Broderick’s story which she brilliantly captured in the classic A Woman Scorned: The Betty Broderick Story and the sequel Her Final Fury: Betty Broderick, the Last Chapter are candid and powerful:

I had believed she had been victimized, manipulated, and bullied. . .I came to see she was the ruthless master manipulator. Psychiatrists showed her to be a nine-point narcissist. . .incapable of considering anyone’s needs unless they coincided with hers. This was a woman who acted solely in her own interests, regardless of her voiced concerns for her four children’s welfare. Her Final Fury put me in the wonderful position of being able to correct a misconception I had myself embraced and put out there for others.

Ms. Baxter has been married four times.  She has survived abuse and breast cancer.  She was an alcoholic.  She came out as a lesbian and married Nancy Locke, a general contractor.

If you are struggling to heal from abuse, I recommend her book highly.  Her candid insights and quest to become introspective are rare.  I’ve read hundreds of survivor stories, but nothing has been as powerfully healing for me as the epiphany Ms. Baxter had when her mother passed away.  It mirrors my own grief for my mother:

I must have been hoping until the very last that something would give. . .that ship had sailed. There would be no healing. . .no being made whole. I’d been slow to learn that nobody could fix me. If it were going to happen, I would have to do it myself. It was an inside job. 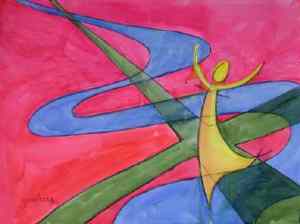