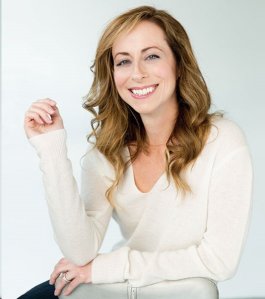 I’ve been binge-reading Julie James, and A Lot Like Love is my favorite.  A close second is Practice Makes Perfect.  Ms. James’ books are perfect beach reads:  sizzling sex, laugh-out-loud humor, and mystery.  Her books take me back to my days practicing law in Chicago. 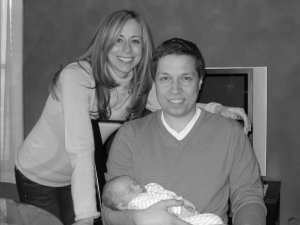 Julie A. Koca and Brian P. Kavanaugh with their baby son Jackson

Before she launched her career as a writer, she practiced labor and employment law at Sidley & Austin (Michelle Obama’s firm).  Her real name is Julie A. Koca, and she’s married to Kirkland & Ellis partner Brian P. Kavanaugh.  The couple has two children.

In her FBI series, she chronicles the careers and love lives of a revolving cast of intriguing characters.  A Lot Like Love pairs Jordan Rhodes and FBI agent Nick McCall. Ms. Rhodes is Kyle’s (featured in About that Night) twin sister, the owner of a highly successful wine shop, and the daughter of tech billionaire Grey Rhodes.

Kyle is in prison.  Why?  His girlfriend Daniela, a Brazilian Victoria Secret model, was weary of his workaholic lifestyle and dumped him on Twitter:

. . .the Twitter Terrorist had no political agenda. . .had. . .taken off to Tijuana, Mexico to get shit-faced drunk on cheap tequila being served by an eight-fingered bartender named Estaban.

After Kyle sobers up and calls his twin, he decides to reverse his hack.  The FBI catches him, and Kyle goes to prison. FBI agent McCall offers Kyle an early release if Ms. Rhodes will cooperate in an undercover sting:

Helping the FBI infiltrate the lair of a wealthy restaurateur [Xander Eckhart] who launders money for a notorious drug cartel [Roberto Martino].

When Agent Huxley becomes violently ill, Agent McCall is compelled to cancel his plans and take over the sting.  He knows nothing about wine and doesn’t have appropriate attire.  But, the FBI’s only opportunity to plant bugs in Mr. Eckhart’s office is during the party.

Ms. Rhodes thinks it will all be over in less than a week.  What’s the fun in this?  Nobody calculates that Mr. Eckhart’s secretly in love with Ms. Rhodes.  He becomes insanely jealous of Agent McCall and hires a private investigator to dig up dirt.  Oops.  And, Agent McCall’s insanely jealous former girlfriend Lisa confronts Ms. Rhodes at her wine shop.  Oops.

With his cover blown, Agent McCall and Ms. Rhodes are compelled to continue the charade of their romance which, of course, ultimately ceases to be a charade.  Their trip to California wine country will have you conducting your own wine tasting and saying, “oh, my!”

Alas, Ms. James recently lost her editor Wendy McCurdy, and her two most recent books aren’t as good as her earlier work.  If you like Susan Wiggs and Susan Elizabeth Phillips, you’ll love Julie James.  A huge shout-out and thank you to Kiwi Mary for the gift of this sizzling, hysterically funny book.