I never, ever dreamed I’d live to see this day:  Miracle Monday.

This is why I love Facebook.  I woke up to a private message from Terri Marshall Gilfillan with a link to a headline:   Federal Judge Accused Of Assaulting His Wife Strikes A Deal To Avoid Charges.

When Federal court Judge Mark Fuller was arrested in Atlanta for assaulting his wife Kelli at the Ritz-Carlton, I was in shock.  He’s the kind of guy who has so much power that he is above the law.  Not this time.

His divorce records were sealed in 2012.  It was reported that they contained allegations of domestic violence, prescription drug abuse, and infidelity.

Some folks have complained that his punishment was a slap on the wrist.  Maybe.  But, the fact that he was held accountable at all is a miracle.  The Appeals Court has stripped him of his cases which is a harsh censure and could lead to impeachment.  Federal court judges are on the bench for life.  They typically don’t get impeached. 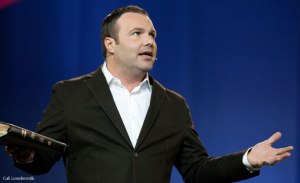 In Driscoll’s treatment, women are no more than penis homes.
Women were created to satisfy men.
– Libby Anne, Patheos

Preachers are similarly above the law.  I didn’t pay much attention to the scandal brewing at Seattle’s megachurch Mars Hill involving their highly charismatic leader Mark Driscoll.  Last night on the news I heard that so many members had decamped that they have closed churches and laid off 30-40% of their staff.  Wow!

Still, I didn’t dig into the story until Jack Cameron did a post on Facebook this morning that shocked the hell out of me:   Wash. state megachurch closes branches after founder is caught calling women ‘penis homes.’  Whoa!

There’s no place for that, striking a woman like that.
I saw the video.
– Michael Oher

Anna Quindlen, the author of Black & Blue, called for NFL running back Ray Rice to be fired on Facebook.  I’m so clueless about football that I thought he’d been fired after NFL Commissioner Roger Goodell’s pronouncement that domestic violence would no longer been tolerated by the NFL.  Apparently, it took TMZ’s release of another video of the horrendous beating of his fiancée (now wife) Jaynar Palmer in a hotel elevator which ignited a social media shit storm to shame the NFL into action.  A few minutes later, his termination by the Baltimore Ravens was breaking news.

The quest to end violence against women had scored a triple play!  Holy crap!  I burst into tears. 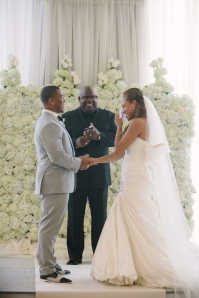 Janay Rice says she deeply regrets
the role that she played the night of the incident.
– NFL on Twitter

The court of public opinion renders justice far more swiftly and effectively than any court of law. Powerful men from this day forward will know that they are no longer above the law.

Alas, it wasn’t a perfect news day.  Ray Rice and Janay Palmer were married the day after he was indicted by the grand jury in March.  And, the NCAA agreed to reduce sanctions against Penn State stemming from the Jerry Sandusky child sex abuse scandal.  As Corrine Ptacek opined on Facebook, it is too bad there wasn’t a video of what happened to those kids.  Exactly.  Maybe then people like Mrs. Sandusky would get her head out of her ass about what her precious husband did to their son.

“Support the Player and Be Quiet”: What It’s Like to Be an NFL Wife by Tracy Treu, Mother Jones, 9/12/14 [extraordinary perspective of the wife of an Oakland Raiders NFL player; great advice for all women]

Behind Elevator Doors: It’s Time for All Men to Stand Up Against Domestic Violence By Victor Rivas Rivers, Huffington Post, 9/11/14  [Victor Rivas Rivers played for the Miami Dolphins; he is an actor and author of the exceptional memoir A Private Family Matter about the abuse he experienced and witnessed as a child; he is the spokesperson for the NNEDV and leader of the chorus of men who are speaking out against DV]

One response to “Miracle Monday: A Triple Play of Powerful Abusers Held Accountable!!!”