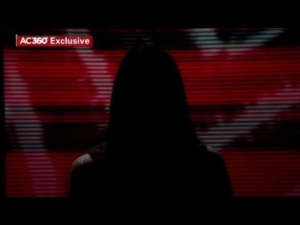 Juror B37 from the George Zimmerman trial dropped more bombshells last night during her interview with Anderson Cooper on CNN’s AC360 than B37 bombers during World War II.  I had a sense that the jurors were the reason the “justice” system failed Trayvon Martin, but I was shocked by her racist sentiments and inability to comprehend the relatively straightforward legal concepts of self-defense and stand your ground.

. . .the not-guilty verdict. . .illustrates just how utterly and completely our system of justice ~ both moral and legal ~ failed Martin and his family. . .

The system failed him when a strangely homogenous jury ~ who may well have been Zimmerman’s peers but were certainly not the peers of the teenager, who was in effect being tried in absentia ~ was seated.

. . .everyone in the courtroom raised racial bias in roundabout ways. . .the defense played an old racial trope:  asking the all-female jury ~ mostly white ~ to fear the image of the glistening black buck, as Zimmerman had.

Juror B37 was most certainly terrified of that “glistening black buck.”  Her empathy for Mr. Zimmerman was palpable.  Unfortunately, CNN didn’t post the entire interview on their website.  Unfortunately, you can’t hear the condescending tone of her voice in the written word.  I’m hoping that various news media will re-play pertinent portions of Mr. Cooper’s interview with Juror B37 so you can hear it for yourself.

CNN did post her thoughts about Rachel Jeantel, the Black witness who was the last person to speak to Trayvon Martin.  It appears she perceived Ms. Jeantel, who speaks several languages, to be an uneducated ghetto rat who lives in a neighborhood full of criminals:

I didn’t think it was very credible. . .I felt very sorry for her. . .I think she felt inadequate toward everyone because of her education and her communication skills. . .she was embarrassed by being there. . .She was using phrases I had never heard before and what they meant. . .

Ms. Jeantel’s reaction to these racist comments during her own interview on CNN’s Piers Morgan last night was poised and indignant.

Because Juror B37 is married to an attorney who inked a book deal with the publisher of O.J. Simpson’s If I Did It, I have a hard time believing that she didn’t come to the jury room with an opinion about the case which would have disqualified her from being on the jury.  After her interview with Mr. Cooper, she backed out of the book deal.

George Zimmerman with his attorneys

She admitted that the jurors couldn’t comprehend the law on self-defense and stand your ground.  They discounted the fact that Mr. Zimmerman had hunted down Trayvon Martin after the police dispatcher had ordered him to stand down.  They acknowledged that Mr. Zimmerman started a fight he couldn’t finish.  Apparently, they believed Trayvon Martin didn’t have the right to fight hard to save his own life:

I think George got in a little bit too deep, which he shouldn’t have been there.  But Trayvon decided that he wasn’t going to let him scare him … and I think Trayvon got mad and attacked him.

Because the heat of the moment and stand your ground. . .He had a right to defend himself.  If he felt threatened that his life was going to be taken away from him, or he was going to have bodily harm, he had a right.

Stand your ground requires a home invasion.  This fight took place in the common area of a condo complex.  Trayvon Martin and George Zimmerman had equal rights to be there.  The police dispatcher had ordered Mr. Zimmerman to stand down.  He didn’t.  He was an armed vigilante who hunted down an innocent young boy, started a fight, and shot the boy in cold blood.  Mr. Zimmerman had no legitimate legal right to claim self-defense.  The only person in that fight who had the right to defend himself was Trayvon Martin.

The jury’s first vote was three not guilty (including B37), one second degree murder, and two manslaughter.  After a thorough review of the evidence, the second degree murder vote changed to manslaughter.  According to Juror B37, the jury found George Zimmerman to be innocent because they couldn’t comprehend the law and believed an armed vigilante should have been terrified of an innocent young boy walking home from the store. 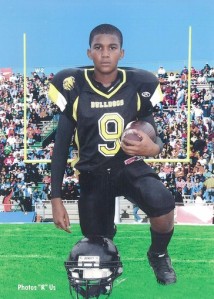 As Mr. Blow brilliantly opined in the New York Times, they feared this “glistening black buck.”

We, the undersigned jurors, understand there is a great deal of interest in this case.  But we ask you to remember that we are not public officials and we did not invite this type of attention into our lives.

We also wish to point out that the opinions of Juror B37, expressed on the Anderson Cooper show were her own, and not in any way representative of the jurors listed below.

CNN reported that they identified themselves by their juror numbers.

Huff Post reported it was signed by Jurors B51, B76, E6 and E40.  Their report included more of the jurors’ statement:

Serving on this jury has been a highly emotional and physically draining experience for each of us.  The death of a teenager weighed heavily on our hearts but in the end we did what the law required us to do.