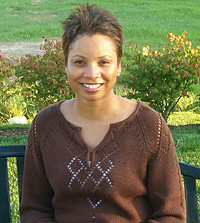 We are all beautiful and deserve to be loved without being harmed.

L. Y. Marlow is a survivor.  When domestic violence threatened her granddaughter Promise, she decided to end 60 years and four generations of silence.

She launched the Saving Promise grassroots movement to end what she calls a pandemic of domestic violence: 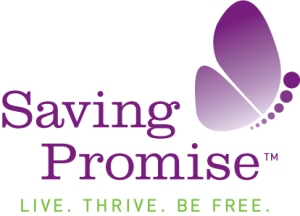 Her goal is to collect 100,000 signatures in support of shining a spotlight on domestic violence until it becomes a national priority:

Heart disease, breast cancer, and domestic violence are among the leading issues affecting women.  American Heart Association’s Go Red for Women campaign and Susan G. Komen for the Cure have both launched successful brands to raise social consciousness about heart disease and breast cancer, respectively.  But what about domestic violence?  Taking on the most serious family and social issue of our time, the mission of Saving Promise is to achieve this level of enlightened social consciousness about domestic violence and implement real change across America.

Ms. Marlow chose the butterfly as her symbol because she believes it is the “universal symbol for change.”  When domestic violence threatened the fourth and fifth generations of her family, Ms. Marlow decided it was time for change.

She became an advocate.  She gives powerful speeches.  She lobbies politicians and corporations.  And, she self-published a fictionalized memoir of the history of domestic violence in her family:  Color Me Butterfly which tells the stories of four generations of women “suffering in silence; surviving in darkness.”

The book won awards, received critical acclaim, and was acquired by Crown Publishing’s Three Rivers Press.   I was blown away to read this statement by Philip Patrick, their director of marketing:

. . .we here at Three Rivers Press knew that we weren’t just adding a beautifully written, poignant, and haunting novel to our list ~ we were joining a cause.  And that cause was to give voice to the millions of American women who are affected by domestic violence each year, women who are silenced out of fear or stigma or the sadly misconstrued notion that they are alone in the world.

Color Me Butterfly is just $10.12 today on Amazon.  It debuts tomorrow.  I hope that everyone who reads this post will purchase a copy to thank Three Rivers Press for their support.  It is exceedingly rare for a publisher to invest in a well-orchestrated publicity campaign to support books about domestic violence.

Color Me Butterfly begins with Isaac Bingham’s flirtation with Eloise Washington in 1941 at a family funeral.   He seduced her into disregarding her instincts, leaving her home in Kingstree, South Carolina, and moving with him to Philadelphia in 1946:

Isaac was changing. . .Oftentimes he wouldn’t come home at all, and when he did, he barely said two words to her and the children; the few words he did say weren’t pleasant.  The loving father who once played happily with his children now treated them like little soldiers.  It was as if he was running some kind of boot camp and they were his subordinates. . .

Eloise. . .asked God to bring back the man she had fallen in love with and married nearly eight years ago.

He didn’t change.  To punish his son Rollie for wetting the bed, he forced the child to eat a fried rat.  Rollie was three.

Mattie. . .and her siblings had made a pact to do whatever it took to please their father.  They walked cautiously through their lives like dancers on a tightrope ~ always keeping their steps straight, never straying away from the line. . .

Mattie. . .wondered how she would ever survive her father.

Isaac abandoned his family, and Eloise was left with the challenge of supporting their eight children on $48/week.  Eloise thought about the “legacy of strength” she had inherited from her mother, grandmother, and great-grandmother.  She realized she had a strong instinct for survival. 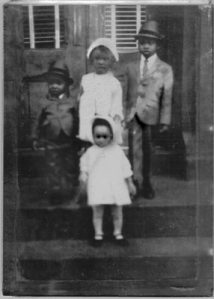 Before she graduated from high school, Mattie married Roy Madison and believed she was safe.  She wasn’t:

All the hurt and anger Isaac had caused her suddenly resurfaced.  But this time it wasn’t Isaac, it was Roy, her husband:  the man she thought would make her feel safe, the one who was supposed to protect her.

. . .words were exchanged, threats were lodged, and love was lost.

Their third child was Lydia (L.Y.).  Before her father reached age 30, he died from stab wounds.

Poetry gave her freedom.  She believed she would be unable to have children due to a tumor.  She met Lloyd the summer before her 16th birthday.  He was a punk who beat her.  When she went to the hospital to have a hysterectomy, she learned she was pregnant.  The pregnancy was lodged in her tubes.  Lydia made the courageous decision to try to carry the baby to term.  She was 17.  She graduated from high school with honors, got a job as a clerk typist, and saved to go to college.  Lloyd beat her while she was pregnant.  Treasure was born on October 21:

Lloyd. . .held on tightly to his daughter, forgetting that less than six weeks ago, he had nearly snuffed away her little life. . .

Treasure was her strength, her reason for wanting a better life, her gift from God.

Treasure was molested by her paternal grandfather, and her step-father Donald was indifferent.  After he was released from prison, her father Lloyd entered her life.  When Treasure became a teenager, Mattie advised Lydia:

I know you love her and want the best for her, but she’s a teenager now and you gotta give her some space.  Sometimes you gotta let a butterfly go in order for it to learn to fly.

After taking Treasure to the University of Delaware, Lydia wrote a poem of tribute the the women in her family:

I done cried me a river

prayed when I had no voice

even found me some courage

when courage was not my choice

Leave the tears from my cries behind

Ready to spread my wings

I have a strong voice from within to speak

I have hopes and desires and dreams

and though much has been stripped from me

yet I still have my self-esteem

Now I’m ready to let go of the past

Leave the tears from my cries behind

Ready to spread my beautiful wings

If you haven’t yet signed the Saving Promise petition, I hope you will do it now.  Color Me Butterfly is a book every survivor of domestic violence should read and own.  I believe it will help us all to release our inner butterfly.  I know it will help you find your own strength and honor your survival instincts.

I want to give a special shout-out to Sarah Breivogel at Three Rivers/Random House/Crown Publishing.  Thanks for your efforts to publicize this beautiful book.