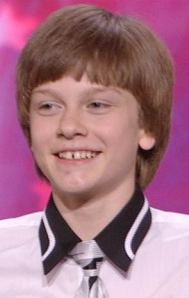 I watched America’s Got Talent tonight because I hoped to see something that warranted sending so much amazing talent home.  But, by the end of the show, I was thinking it reminded me of the bad old days in Chicago at closing time at the bars.  At the end of a long night, we often said “you couldn’t drink them pretty.”  Or as W.C. Fields frequently opined, “sometimes too much to drink is not nearly enough.”

I wanted so badly to get excited enough about somebody to cast my votes.  But, I came up empty.  How about you?

My sense is that the American people are better judges of talent than the celebrity judges.

And, the Diva League, tonight’s nod to freak shows that they stupidly thought would draw ratings.  It was embarrassing.

The Platt Brothers, as I recall, barely made it through the first round.  How they blew out so many amazing break dancers to make it to this round boggles my mind.  I wasn’t surprised that they bombed either.

Kevin Skinner isn’t a credible hillbilly chicken farmer, and his buffed appearance didn’t sell me on his singing.

If they were going to bring back acts that got axed, what was up with bringing back the Lake Houston dancers?  Sweet girls for certain, but a $1 million of talent?  Hardly.

Breaksk8 didn’t knock my socks off.

Nor did Thia Megia.  She’s sweet.  But, she’s not old enough to have a powerful voice.  There were so many female singers this year who would have had a much better chance of making it to the finals.

As for Mosaic, the 80’s called.  They want their music back.  It sucked back then, and it hasn’t improved with age.  Those guys from the post office had way more talent.

Arcadian Broad, who wowed me during the auditions, essentially repeated his choreography from before and added the piano to show he had a bit of depth.  I was very disappointed.  I still think highly of his talent, but he clearly doesn’t have the range to sustain a Vegas show.  The positive of his being on tonight is that it is a bit more salt in the wounds of the bullies back at his school.  And, he looked really cute.

Grandma Lee also doesn’t have the portfolio of material to sustain a show.  Yes, she’s funny.  But, she was clearly reaching tonight.

The only act that produced Vegas-quality talent tonight was Drew Thomas, the magician.  I’m not big on magicians.

I can appreciate that Aerodunk might appeal to some folks, but I’m not buying it.  I’ve seen the Harlem Globe Trotters, and they provided more talent and entertainment.

My only hope for redemption this season is that more acts like Kari Callin will be brought back so we can have ourselves some real competition going on.

It’s sad.  The judges had so much amazing talent that could have and should have made the competition for the top prize a thrilling ride this summer.  But, they clearly blew it.  Can I watch more repeats on HGTV?  Ugh.

There’s always Melissa d’Arabian, the Next Food Network Star, who recently moved to the Seattle area.  Her pilot airs on Sunday.  Maybe I can get jazzed about feeding four people for $10.

3 responses to “America’s Got Talent: Did You Vote?”