The entire theme of this story has been a cover-up.
Everything has been a football decision. . .
they wanted Ray Rice on the team. . .
football and protecting the corporation. . .
We’re here because the NFL got caught.
– William Rhoden, New York Times

Who knew that ESPN would engage in investigative journalism?  William Rhoden, sports columnist for the New York Times, was on CBS This Morning today.  After interviewing over 20 sources, ESPN “found a pattern of misinformation and misdirection employed by the Ravens and the NFL.”  Why?  He was the “corporate face of the Baltimore franchise.”

It all started on February 15 when Darren Sanders, the Ravens director of security, spoke to a police officer/Ravens fan who was watching and describing the surveillance video to Mr. Sanders.

I tried to communicate to [Ray Rice] that
we were not bailing out on him as a man.
But that we will be there for him in his rehabilitation
and his opportunity as he grows.
– Steve Bisciotti

. . . the team lobbied Roger Goodell for leniency and also launched an all-out effort to get Rice into a one-year diversion program — a move that helped Rice avoid a trial in which the disturbing video could have been made public. . .

When the Ravens finally terminated Rice’s contract earlier this month, Bisciotti sent text messages offering him a job with the team down the road — something ESPN says Rice interpreted as a way to keep him quiet.

Ray Rice with Sandi Timmons in 2013 at the House of Ruth, a DV shelter in Baltimore

Bisciotti also stated that the team would be donating $600,000
to the House of Ruth.
– ESPN

While I’m pissed at the NFL for their cover-up, I am beyond outraged that it appears Sandi Timmons, the executive director of the House of Ruth DV shelter in Baltimore, leveraged the incident into a fund-raising opportunity.  She collected a check for $600,000 from the Ravens and issued a statement which appears next to a “donate now” button on the shelter’s site:

We appreciate the Ravens and the NFL for taking such a strong stand against intimate partner violence today. We look forward to developing our community partnership with the Ravens and starting our work of educating both players and staff on the importance of this issue, as well as getting the message out to the larger community.

How do you intend to protect Janay Palmer Rice, Ms. Timmons?

This happens in shelters all across the country.  DV hits the news.  Shelters collect checks from powerful abusive men and turn their backs on the women they are chartered to protect. 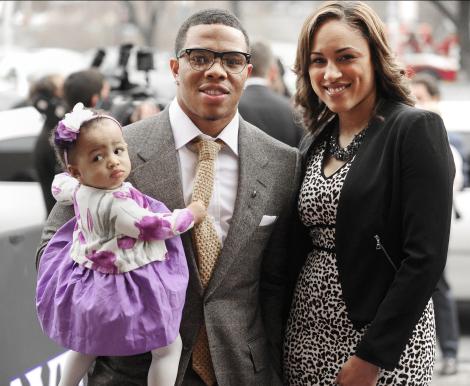 The last thing I want my wife to do is ever live in fear.
– Ray Rice

I understand too much to drink on Valentine’s Day.  I understand the sick feelings that arise from hints of infidelity as we are planning our wedding.  I know how this can escalate into domestic violence.  I understand Janay Palmer Rice’s desire to protect her investment in Ray Rice.  The harsh reality is that the violence will likely escalate if/when he blames her for his career failure.

The NFL is protecting Ray Rice.  The House of Ruth has sold out to the Ravens.  So, who is going to protect Janay Palmer Rice and her daughter?

Nobody.  She’s on her own, and that’s a horrifically terrifying place to be.

Thank you, ESPN, for shining a bright light on the corruption.

2 responses to “NFL and House of Ruth Cover-Up: Protect the Players & Cash the Check; Who Protects Janay Palmer Rice?”