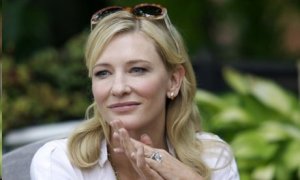 What if it had been your child, Cate Blanchett?
– Dylan Farrow

Social media guru Kathy Gill helped me launch this site five years ago.  Over the weekend, she addressed the issue of Dylan Farrow in a very sensitive way on Facebook.  The compassionate response to her post had me in tears.  We all have a collective duty to protect children from perpetrators. 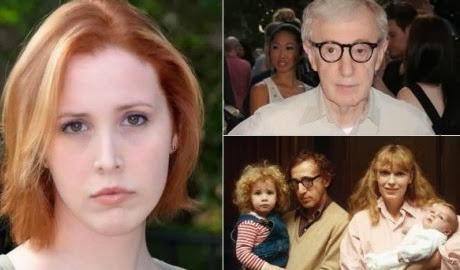 I’ve never been a Woody Allen fan.  I’ve always thought he was a creepy guy, and I could never understand why talented women would want to be party to his films.  Maybe that’s because I’m an incest survivor.

We shun people who commit all sorts of crimes.  We won’t hire them.  Yet, we turn a collective blind eye to the creepy perpetrator who rapes women, molests kids, and abuses his family behind closed doors.  We blame his prey.  The “she made me do it” defense that is as old as Adam blaming Eve silences us every time.

That he got away with what he did to me haunted me as I grew up.
I was terrified of being touched by men.
– Dylan Farrow

It takes an awesome amount of courage and integrity to speak out when the person who molested us is someone as powerful as Woody Allen.  I started this blog five years ago because I believe passionately that survivors need to break down the walls of silence.  We need to expose the perpetrators.  We need to wake people the hell up.  And, we need to be there for each other.  Ms. Farrow bravely said:

That torment was made worse by Hollywood.  All but a precious few (my heroes) turned a blind eye. . .Each time I saw my abuser’s face – on a poster, on a T-shirt, on television – I could only hide my panic until I found a place to be alone and fall apart.

This time, I refuse to fall apart.  For so long, Woody Allen’s acceptance silenced me.  It felt like a personal rebuke, like the awards and accolades were a way to tell me to shut up and go away.  But the survivors of sexual assault who have reached out to me. . .have given me a reason to not be silent, if only so others know that they don’t have to be silent either.

Dylan is dealing with a father who’s having sex with her sister and
a mother who is trying to protect her from him.
Victoria Coren Mitchell, The Observer

Did Mr. Allen sexually assault his adopted daughter Dylan Farrow? Probably. At the time, his marriage to Mia Farrow was disintegrating because he was having an affair with Dylan’s adopted sister Soon Yi Farrow Previn, who is the current Mrs. Allen.  Mia Farrow was awarded custody, and Mr. Allen was denied visitation rights.  Victoria Coren Mitchell brilliantly sorted through her moral dilemma and opined in The Observer:

Seven-year-old Dylan is adjusting to a world where her parents have split up and her father’s having sex with her sister. In all meaningful ways, when it comes to what it feels like for the family, he is committing incest. Technically, no. Emotionally, yes.

To her mother, it must also feel like child abuse. All the definitions of all the relationships have been disrespected and are crumbling apart. Now that Mia Farrow knows it’s possible for Woody Allen to feel a sexual interest in her children, at any age, she is fighting for sole custody. So, Dylan is dealing with a father who’s having sex with her sister and a mother who is trying to protect her from him.

In this context, Dylan does not want to be touched by him. That means being touched by someone who’s become frightening, who is not the innocent father she believed. She has been stroked, kissed and told she is beautiful by a monster who’s been casting his sexual eye around the family. It’s sinister. She doesn’t want it. She may not understand the detail, but everything has turned horrible and weird.

The long-term success of Allen’s marriage to Previn, and the relative horror of Dylan’s allegations, might cause us to forget how foul it is that he slept with his girlfriend’s child. His children’s sister. He stood sweaty and excited behind the camera as he snapped her nude in secret. Even if only in this way, his sexuality violated his children’s innocent universe.

What was the scandal?
– Woody Allen

Um.  Seriously?  In 2012, OMG Insider reported what was going on behind closed doors in the Farrow-Allen relationship at the time Dylan was likely molested:

Farrow found nude pictures of her daughter Soon-Yi Previn (whom she adopted at the age of 8 from Korea with former husband Andre Previn) in Allen’s apartment and discovered Allen, then 56, had been having a sexual relationship with 21-year-old Soon-Yi.

I hope you will take the time to read Ms. Mitchell’s observations about Mr. Allen’s clear inability to comprehend boundaries.  She clearly, concisely, and brilliantly captured the incest experience as well as the challenges faced by protective mothers.

Between labelling Woody Allen a child molester or his daughter a liar, I feel utterly stuck: Dylan Farrow’s accusations of sexual abuse leave me in a miserable moral conundrum by Victoria Coren Mitchell, The Observer, 2/8/14

3 responses to “One Billion Rising: Our Failure to Protect Dylan Farrow”