Sweet Salt Air by Barbara Delinsky was the perfect way to celebrate Midsummer’s Eve.  Saturday was glorious in Seattle, but I didn’t have the post-op energy to make it to the beach.  Sweet Salt Air transported me to the beaches of Quinnipeague, which is a fictional island off the coast of Maine near Rockport.  Bliss.

Every man wants love,
if he can get past the fear of exposure.
– Barbara Delinsky, Sweet Salt Air

In Sweet Salt Air, Ms. Delinsky weaves together plots as intriguing and complex as the fisherman’s sweater that Charlotte Evans knits to relieve stress and as delicious as the recipes Nicole Carlysle writes about on her uber-popular farm-to-table blog.

Denial worked as long as you had something else to do.
– Barbara Delinsky, Sweet Salt Air

Charlotte is a successful writer and child abuse survivor. She jets the globe on free-lance assignments because she knows on a soul level that sometimes freedom means we have nothing left to lose:

Her future was strewn all over the world, but [Leo] wasn’t going anywhere.  He was rooted here.  She found comfort in roots.  When she was with him on his private little tail of Quinnipeague, she felt safe.

When she returns to Quinnipeague for the summer to help her BFF Nicole write a cookbook, she meets hunky Leo Cole.  His late mother Cecily was abusive, and she grew the island herbs that are at the center of Nicole and Charlotte’s cookbook.

All the main characters have secrets which Ms. Delinsky deftly reveals.  One of the first is that Nicole’s surgeon husband Julian has kept his multiple sclerosis (MS) diagnosis a secret for four years.

On the Fourth of July, Leo gave Charlotte three valerian plants from his mother’s garden for Nicole:

Catching a sweet scent ~ not arousing like jasmine, quite the opposite ~ Charlotte leaned in. . .

Who knew?  Like lavender, valerian helps people with sleep issues.  It has been used to ease insomnia, anxiety, and nervous restlessness since the  second century A.D.  Y’all know I’m going to be hitting the local nurseries to try to find this flowering perennial. 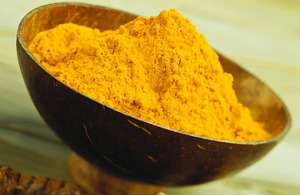 I love the spices turmeric and ginger, but I had no idea that turmeric might help relieve the arthritis in my knees until I read this playful text exchange between Charlotte and Leo.  They sizzle.

I want to criticize him for putting all his eggs in one basket, but
there just isn’t any other basket.
– Barbara Delinsky, Sweet Salt Air

Although the romance between Charlotte and Leo wasn’t the book’s main plot, I found it to be the most intriguing. They are two child abuse survivors who are struggling to experience unconditional love for the first time. Ms. Delinsky’s professional expertise is apparent in the book’s dialogue:

Her own parents had never been that bad, their major crime being neglect.  But she felt a new affinity for Leo.  To have to struggle against a parent at home and then face the rest of the world. . .she didn’t imagine it had been any easier for him than it had been for her.

Sweet Salt Air is Ms. Delinsky’s first book with her new publisher, St. Martin’s Press.  It is one of her best.  I recommend it highly.  Take the bait and read the last chapter before you finish the book.  Enjoy!