. . .this story is not primarily about spies and secret government agencies;
it’s about violence against women, and
the men who enable it.
– Stieg Larsson, The Girl Who Kicked the Hornet’s Nest
Who knew?
Men Who Hate Women is the Swedish title of the first book in Stieg Larsson’s millennium trilogy.  Each section of the book begins with a statistic about violence against women in Sweden.  Mr. Larsson presented the books to his publisher as one book in three volumes.  Shortly thereafter, he had a massive coronary and died without a will.  This set off an epic battle between his father and brother and Eva Gabrielsson, his lifetime partner of 32 years, far more intriguing than the trilogy.
Ms. Gabrielsson claims that Mr. Larsson was estranged from his family and that they have damaged his brand.  I agree.  There’s also widespread speculation that Mr. Larsson and Ms. Gabrielsson wrote the books together.  I agree with this too.

Joakim and Erland Larsson
What Happened to Larsson’s Brand?
When Men Who Hate Women was imported to the United States,  the publisher changed the title to The Girl with the Dragon Tattoo.   It is described each week by the New York Times as a book about a computer hacker and journalist who team up to solve a cold case about the disappearance of an heiress.  Mr. Larsson’s intended violence against women theme ~ which he clearly expressed at the end of The Girl who Kicked the Hornet’s Nest ~ has been obliterated.
Ms. Gabrielsson has voiced the angst she believes the late Mr. Larsson would feel about the mismanagement of his brand by his family:
Extremely furious that his legacy is being handled like a sack of potatoes, chopped up into chips that are sellable, he would have been furious and he would have gone to a great extent to exact revenge.
Mr. Larsson started the trilogy while on vacation in 2002.  He intended to write 10 books.  Profits from the first three would fund his retirement with Ms. Gabrielsson, and profits from the remaining books would be donated to charity.
It appears the trilogy mirrors Mr. Larsson’s real life.  Mikael Blomkvist, a sexy crusading Swedish journalist, becomes an avenging hero for Lisbeth Salander, a private investigator/computer hacker/abuse survivor with Asperger’s syndrome.  The pair share superior investigative skills and a deep-seated animosity for those who abuse their power.  The trilogy is a quest for justice. 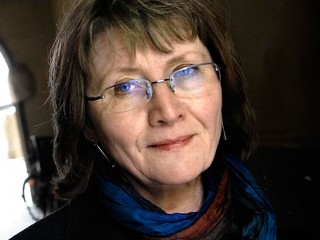 The theme of all three books is the subjugation of women,

the abuse and violence against them.

The Trilogy of Predator and Prey

The predator/prey theme that underlies the trilogy unfolds gradually in The Girl with the Dragon Tattoo.  In real life, Mr. Larsson was essentially abandoned by his parents and was reared by his beloved grandfather, who hated the Nazis.

Throughout the trilogy, I got the sense that Mr. Larsson had intimate ~ perhaps personal ~ knowledge of the abuse experience:

By the time she was eighteen, Salander did not know a single girl who at some point had not been forced to perform some sort of sexual act against her will. . .these incidents had led to crying and angry outbursts, but never to a police report. . .As a girl, she was legal prey. . .no question of Advokat Bjurman going unpunished.  Salander never forgot an injustice, and by nature she was anything but forgiving.

. . .the godlike feeling of having absolute control over someone’s life and death. . .Death doesn’t come until. . .I’ve grown weary of them.  It’s always so fascinating to see their disappointment. . .They imagine that if they please me, they’ll live.  They adapt to my rules. . .it finally dawns on them that they’ve been well and truly screwed. . .You’ve already started to adapt to the submission principle.  I hold your life in my hands. . .I can dispatch you at any second.

In The Girl whoPlayed with Fire, Blomkvist exposes rampant violence against women in Sweden and starts to reveal Salander’s story.  The abuse of power by men who perceive all women to be whores is eye-popping:

Salander had been the perfect solution. . .defenceless. . .no family, no friends:  a true victim, ripe for plundering.  The opportunity makes the thief.

. . .While you moan about me destroying your life, you’ve enjoyed destroying the lives of young girls against whom you’ve committed crimes. . .Where was your compassion then?

. . .Teleborian was the most loathsome and disgusting sadist. . .outclassed Bjurman by a mile. . .He had a state-endorsed mandate to tie down disobedient little girls with leather straps.

. . .Salander had experienced personally that it was no use talking to the authorities. . .

Zalachenko had drummed into him. . .a basic rule for survival.  Don’t lift a finger for a lost cause.

The injustices escalate and explode in The Girl who Kicked the Hornet’s Nest.  At the same time, Salander’s posse grows as Blomkvist investigates her case.  The arrogance of the bad guys leaves them blind to the fact that their reign of terror is about to be exposed:

Our client on principle does not speak to the police or to other persons of authority. . .From the time she was a child she tried time and again to talk to police and social workers to explain that her mother was being abused by Alexander Zalachenko. . .she was punished because government civil servants had decided that Zalachenko was more important than she was. . .nobody was listening to her. . .a forensic psychiatric assessment for the purpose of locking up an inconvenient witness.

. . .this story is not primarily about spies and secret government agencies; it’s about violence against women, and the men who enable it.

In a world where abuse of power by government officials and violence against women is rampant, I am not surprised this trilogy is so popular.  The books, quite frankly, are badly in need of a good edit.  The salvation of Salander is not credible.  In real life, it is highly unlikely that Holger Palmgren, her first guardian, would have rescued her from Dr. Teleborian’s sadistic abuse and served as her Enlightened Witness.  It is even more unlikely that an investigative journalist with Blomkvist’s passion and devotion would have taken up her cause with zealous intensity and crafty diligence.

Still, I found reading the trilogy was like being able to sit mute during phenomenal group therapy while someone else expressed the pain, humiliation, and feelings of impotence experienced by many abuse survivors.  I plowed through the trilogy because the books were very healing for me.  I needed to escape from reality for awhile.  I am homeless and holed up in a no-tell-motel waiting for an apartment to become available in April.  I’ve experienced so many recent horrific PTSD episodes that I lost count.  I am too aware of how even someone with a minimal amount of power vested by the government can destroy a person’s life and will to live.  And, I need to be reminded that triumph is possible ~ even if the triumph is pure fantasy fiction.

At the same time, I have been blessed by the support of rare angels who have integrity, brilliance, and compassion.  They have circled me with protection, and I thank God a hundred times a day that they have Blomkvist’s passion.  I am profoundly grateful that they have given me the resources and space to hole up, heal, and write.

In essence, this is the point of the trilogy.  We can choose to focus on the bastards intent on destroying our lives or we can choose to accept and embrace the unconditional love of people we can trust.  Healthy relationships are all about mutual trust and respect.