Safe Haven by Nicholas Sparks is about domestic violence and stalking.  I was thrilled to see it debut at #1 on the best seller lists.   What a great way to start National Domestic Violence Awareness Month, 2010.

Nicholas Sparks is a very happily married man.  He’s been madly in love with his wife Cathy from the moment they first met in Florida during spring break in 1988.   In Safe Haven, he gives readers great advice on how to have an enduring relationship:

What if he won’t forgive me?

Then he’s not who you thought he was.

Long-term relationships ~ the ones that matter ~ are all about weathering the peaks and the valleys. 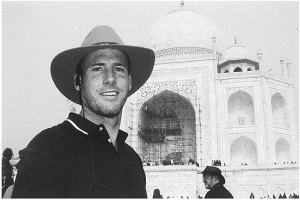 Safe Haven is about a pit bull abusive Boston cop ~ Kevin Tierney ~ who started beating his wife Erin on their honeymoon.  Erin tried twice to escape before she was able to successfully flee to Southport, North Carolina.

She changed her name to Katie Feldman, but Kevin used his skills as a brilliant detective to track her down.

In some respects, the book was amazingly spot-on.  And, at times it drifted too far into fantasy.  Yet, the plot is very intriguing and thought-provoking because Mr. Sparks doesn’t engage in romance novel sap.

Kevin’s boss, for example, fails to adequately investigate Erin’s disappearance.  It harkens back to my favorite line in Black & Blue by Anna Quindlen:

Safe Haven dispels the myth that women are safe once they leave a pit bull abuser.  It digs into the gritty, detailed safety plans and determined resourcefulness of domestic violence survivors.  It exposes the hyper-vigilance that’s required of women who have to flee for their lives.  And, it is crystal-clear that women most often don’t get rescued.  We have to rescue ourselves.

While the romantic in me loved Alex and his kids, I seriously doubt he exists in the real world.  Yes, we’d all love to meet that guy, but I don’t think romance novelists do any of us any favors by creating a fantasy that is so far from reality.

Yet, I’m recommending the book highly because Nicholas Sparks ~ a man in love with his wife ~ is telling us that we deserve to be cherished and protected.  And, it’s October.