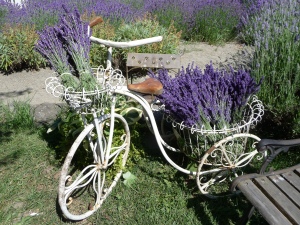 On this day that celebrates the Feast of Mary Magdalene, I’m reflecting on former President Jimmy Carter’s bold decision to quit the Baptist Church over subjugation of women.  I’m also reflecting on the fact that Frank McCourt didn’t write a best seller until after he split from the Catholic Church.

Subjugation of women is rooted in Adam blaming Eve for the apple incident and in early church leaders false allegations that Mary Magdalene was a prostitute.

Church founders were jealous of Mary Magdalene’s close relationship with Jesus.  They needed to discredit her because they didn’t have the courage to hang with Jesus during his darkest hours in the Garden of Gethsemane or while He was dying on the cross.

Many followers of the gnostic tradition believe that Mary Magdalene was banished to France where she kept Jesus’ teachings alive during rounds of religious persecution via fairy tales and tarot cards.  Who would think people sitting in an open field telling children’s stories were actually practicing religion?  It was a great cover.

We know from the Gospels that Jesus perceived Mary Magdalene to be an equal partner.  Some scholars suggest she might have funded his missionary work.  She was with Jesus until the very end, and she witnessed the resurrection on Easter morning.

Our lives and relationships would be so very different if Church tradition was founded on such equality between women and men.