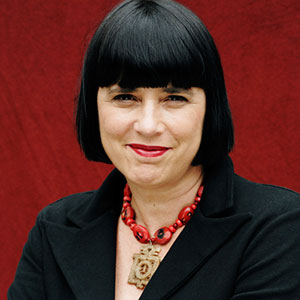 Eve Ensler, playwright and founder of V-Day, was named one of America’s Best Leaders in 2009 by the Center for Public Leadership at Harvard’s Kennedy School and U.S. News Media Group.  The full list is available on-line and will be published in U.S. News & World Report which will be available on Tuesday, October, 27.

Ms. Ensler’s extraordinary leadership during 2009 includes getting California’s Governator Schwarzennegger to back down on shuttering domestic violence shelters.  The V-Day protest scheduled for tomorrow has been cancelled because the Governator signed legislation which will provide $16.3 million to keep the shelters open.  Bravo to everyone who answered Ms. Ensler’s V-Day call to action!

Here’s the article by Alex Kingsbury about Ms. Ensler’s award which will be published by U.S. News & World Report:

Through her words and deeds, she earned a spot as one of America’s Best Leaders

Eve Ensler never imagined her 1996 play The Vagina Monologues would become a worldwide phenomenon, with performances staged in more than 120 countries. But Ensler, 56, pivoted from playwright to activist, leveraging the play’s popularity into V-Day, an annual event that raises awareness of violence against women. She travels the world teaching activists, raising money, and hearing stories of abuse from victims themselves. She spoke recently with U.S. News. Excerpts:

All violence is abhorrent. But violence against women determines much about who we are as a society. Take the example of a woman who has been raped and never talked about it. Then she gives birth to a son. Her experiences are going to be passed on to that child and be a part of who the child is. And that trauma will continue and continue. The U.N. statistics say at least 1 in 3 women and girls is beaten or raped in her lifetime.

If what the United Nations reports is true, why isn‘t more being done?

Some people can’t understand. For a woman who has been the victim of rape or incest, burned with acid, or had her genitals mutilated, the rest of their lives are about recovering from that experience. If you’re not a woman, you can’t understand that. We also live in a patriarchal system where crimes against women are not taken as seriously as crimes against men. There are quarters of the world where empowerment of women is feared. It threatens the people in power. Violence is the way to keep that system in place. We’ve helped 8-year-old girls who were raped for weeks by soldiers and their insides were just torn out so that they couldn’t help defecating on themselves; women who had babies cut from their bodies and [were] then forced to eat them.

How has collecting these grotesque stories affected you?

I wonder if, after hearing all of this, one day I will go mad. I do have what I call days of mourning where I don’t get out of bed. I am a changed person. The things that once mattered to me don’t hold the same value. And that’s a good thing. It’s hard to go around the world and see so much suffering and then return to the U.S., where people have so much.

The mantra of V-Day is “until the violence stops.“ Is that a realistic goal?

Does it matter? You have to have a big idea and a vision that guides you. Does that mean that all violence will end by the end of my lifetime? Maybe not. My goal is to keep fighting violence against women until it stops. Imagine what the world would be like if women could walk around without fear.