Young girls and women who experience incest, sexual molestation, and sexual harassment carry scars that never, ever quite heal.  We tell ourselves that the sex was consensual because we can’t bear to say out loud that we were raped. . .often by someone we admired and respected. . .until he stole our innocence.  On CNN, therapist Debra Laino described the damage:

By definition, incest, sexual molestation, and sexual harassment are not consensual.  There is no real choice.  Someone who has power and control over our destiny compels us to become docile and submissive or face the consequences.

The sad trajectory of Mackenzie Phillips’ life post-incest with her father John Phillips is typical.  Eve Ensler in a Huffington Post article about Roman Polanski on September 30 observed:

. . .rape is a legal crime and a crime against the soul.  As a survivor, I can attest to the fact that rape forever changes your life, robbing you of dignity, self-worth, agency over your body, and comfortability with intimacy and trust, while also escalating a pervasive sense of isolation and shame.

After 11 years of traveling the world and meeting with rape survivors across the planet I can say that the long-term consequences are multiple and far-reaching, ranging from homelessness, drug abuse, and eating disorders, to imprisonment, suicide, and early death.

I am as incensed as Ms. Ensler that entertainment celebrities appear to be able to abuse the power of their positions to rape women and girls with impunity.

I was appalled last night to hear the audience at David Letterman’s show laugh and clap as he announced that he had sexually harassed women on his staff.  I’m sure there are details to this story that would stop those audience members cold if the object of his illegal behavior had been their beloved daughters. 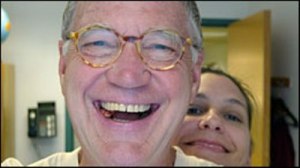 Stephanie Birkitt, Letterman’s long-time assistant, for example, has come forward about her relationship with him.  She was also involved with Robert “Joe” Halderman, a 48 Hours (CBS) producer.  Ms. Birkitt is 34.  Letterman is 62.  Halderman is 51.

Dave Letterman, some reports allege, is paying for her law school education.  They claim their relationship ended in 2003 before Letterman’s marriage.  Ms. Birkitt’s relationship with Halderman is also over.  What I’d like to know is how and why he came into possession of her diaries, correspondence, and photographs from a relationship that ended at least six years ago when Ms. Birkitt was 28 and Letterman was 56?

Letterman and his attorney have engaged in brilliant damage control.  Yet, the fact that they met with Halderman three times and Letterman characterized his own conduct as “creepy” tell me that perhaps that Halderman ~ in his own misguided way ~ was seeking back-door damages for a young woman so traumatized that she is unable to maintain healthy relationships.  With the way Letterman’s team has spun this news, I can imagine how his legal team would have ground Ms. Birkitt’s career to dust if she dared file a claim for sexual harassment.

Letterman is playing the role of the “menaced” victim seeking to protect his family and his job.  Right.  The real victim in this sad case is Ms. Birkitt and the other women on Letterman’s Worldwide Pants payroll.  I think it is very interesting that the illegal behavior of sexual harassment is not against company policy. 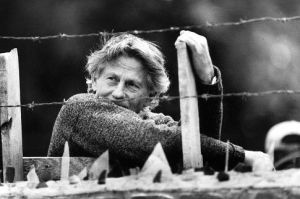 And, then, we have creepy Roman Polanski.  He admitted drugging, raping, and sodomizing a 13-year-old girl in 1977.  Because he’s a highly successful movie mogul, he evaded prison time by fleeing to France the night before he was to be sentenced.  His creepy buddies like Woodie Allen are protesting that we should give the old man a break.  Paul Petersen opined that many of Hollywood’s elite are afraid to speak out against Polanski because:

They are afraid of the Hollywood power structure that is tilted distinctly to the left and plays favorites.

Polanski also appears to have evaded paying a $500,000 settlement to Samantha Geimer, the young woman who says Polanski gave her champagne and quaaludes during a photo shoot at Jack Nicholson’s Hollywood Hills home.

BJ at FreeUSNow thinks it is time for a boycott.  I agree.  The misogyny that is rampant in the entertainment industry isn’t going to stop until it bites the wallets of these creepy bastards.