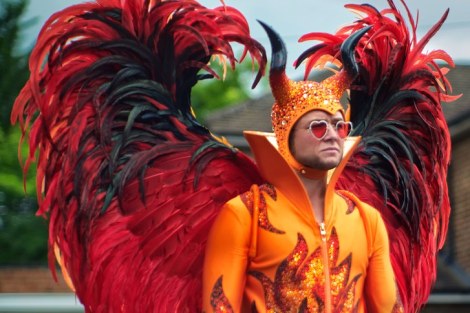 “I’m Still Standing” is the anthem for many abusive survivors.  Until I watched Rocketman this afternoon, I didn’t know that the lyric, “Looking like a true survivor, feeling like a little kid” may have been a reference to Elton John’s abusive relationship with his parents.

Elton John with Taron Egerton, who brilliantly played the lead role in Rocketman.

Rocketman is a series of musical flashbacks Elton John has during his first Alcoholics Anonymous meeting while he tells the story of his life.  Reginald Dwight (his birth name) was a child prodigy with enormous musical talent.  His mother and maternal grandmother doted on him, but his father was cold and distant.  He was granted a scholarship to the Royal Academy of Music. 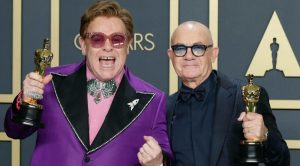 Elton John and Bernie Taupin won an Oscar in 2020 for “Love Me Again.”

Early in his career, he met lyricist Bernie Taupin, and the duo formed a partnership which has endured for over 50 years without a single argument!  They won a Best Original Song Oscar for “Love Me Again” in the Rocketman movie.  Mr. Taupin has been a constant throughout his turbulent life and career.  My sense is that Mr. Taupin’s lyrics were the soundtrack of Elton John’s life.

Before I watched Rocketman, my knowledge of Elton John’s songbook was limited to “Candle in the Wind” which he sang at Princess Diana’s funeral.  Throughout the movie, I was astounded by how many of his songs were familiar favorites.  I found myself singing along and ordered a 3-CD set from Amazon the second the movie was over. 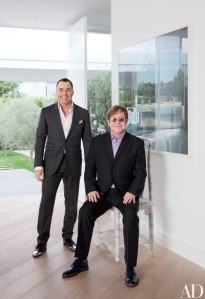 Another surprise was that he was married to Renate Blauel, a recording engineer, who in the movie helped him revive his career which was drowning in drugs and alcohol.  After their divorce, he came out as gay.  The movie featured Elton John’s abusive relationship with his manager John Reid.  It suggested that “I’m Still Standing” was written during his stint in rehab, but my research revealed that it was written by Mr. Taupin before Elton John became sober.

Although Elton John’s mother was portrayed as loving, supportive, and doting throughout much of the movie, she became inordinately abusive after he came out as gay.  The scenes had me in tears.  Although he brought love and joy to his audiences, his personal life was filled with unrequited love. 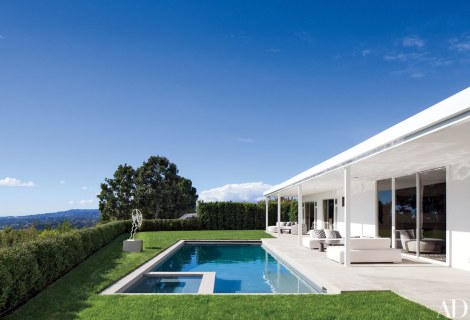 Before the credits rolled, Rocketman brought viewers up-to-date on Elton John’s life.  His long and painful valley of unrequited love ended when he met David Furnish.  The couple is married and has two children:  Zachary and Elijah.

I loved Rocketman and recommend it highly to survivors who may be going through their own painful patch of unrequited love and painful flashbacks.