The coolest thing about WordPress is that it allows us to create virtual communities. . .if and when we can figure out how to navigate around the quirks.  This can be a huge challenge for techno-idiots like me!  Last night, I finally figured out how <duh!> to access blog posts about domestic violence and abuse.  And, this morning, a message from Hannah helped me find the “Just Being Real” blog award which is a totally cool idea.  My Byrds give it two wings way up.

So, today, in the spirit of the Ms. Foundation’s Outrageous Acts campaign, I want to give some shout-outs to folks doing great stuff.  My hope is that we can all stop feeling alone in the wilderness and start building a vibrant virtual community to bring an end to the violence.

Hannah’s blog Emotional Abuse and Your Faith is about the role places of worship could/should/do play in helping their members deal with and recover from abuse.  On her blog, I found the link to candid reflections on moving from surviving to thriving at Just Being Real.  Danni Moss’ blog Because It Matters is packed with information for those struggling with faith issues associated with abuse.

On a lighter note <pun intended>, I was doing a happy dance to discover at Gossipboo that Sean “P. Diddy” Combs and Day 26 visited McNair High School in Atlanta to raise awareness about domestic violence, dating abuse, and empowerment of young women as part of the Saving Our Daughters campaign.  The book launch was a star-studded event in Atlanta featuring Keshia Knight Pulliam and Tyler Perry.  Amazon is sold out!  Sardonic Sistah reviewed the book on her blog and suggests it would make a great Father’s Day gift.  I agree.

In Harm’s Way is a dramatic presentation about domestic violence, featuring true stories of courage and healing. Using performance art to educate, empower and heal, In Harm’s Way expresses the pain and isolation experienced by victims of domestic abuse, and celebrates the strength and resilience of survivors.

The idea brings to mind Eve Ensler’s popular Vagina Monologues which are produced annually to raise money for domestic violence prevention.  I wish the folks in Gloucester phenomenal success.  If I learn more about how this great idea came about, I’ll share it with y’all.

Aribabybug’s “The Most Important Post I’ve Ever Written” is full of feminist spunk and packed with great information.  She also promotes her campus’ “Green Dot Campaign” which sounds a lot like the Outrageous Acts campaign:

The idea is that every time you do something that prevents violence against women, such as telling someone that a certain joke is unacceptable, offering a girl a ride home, or reporting a crime, you create a green dot. At our campus Violence Intervention and Prevention Center, you can write what you’ve done on a green circle of construction paper and post it on a wall. The idea is to cover the wall, and figuratively the campus, with green dots. 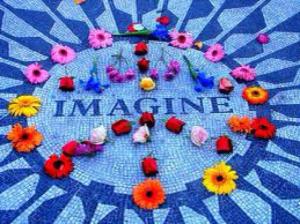 Finally, since I spent yesterday writing about manipulation of the court system as an instrument of abuse, I was blown away to read about a protest rally outside family court in Newark, New Jersey at the Parenting Abused Children blog.  The Star-Ledger reported:

. . .speakers targeted the system as being biased against battered women and holding archaic attitudes that domestic violence and sexual abuse were private problems.

“A mother’s basic instinct is to protect her children. She should not be punished for it,” said Maretta Short of East Orange, president of the state’s chapter of the National Organization for Women.

“In the last 30 years, every institution in this society has changed its views toward domestic violence,” said Evan Stark, a professor at Rutgers University’s School of Public Affairs and Administration. “Only in the family court do the obsolete beliefs that were discredited everywhere else in society still prevail.”

From this blog entry, I learned that NOW has organized Families Against Court Travesties (FACT), a court watch group which was started by the South Palm Beach chapter of NOW.  I certainly hope the judges in New Jersey get training on domestic violence.

What’s amazing to me is that we’re all scribbling independently.  Yet, we’re on the same page.  We share a passion and commitment to end the violence.  It reinforces my belief that we can make a difference if each of us leverages our professional expertise.

P.S.  After I posted this, I discovered the amazing work being done by Schweitzer Fellows.  Similarly, I am humbled by the phenomenal wealth of international information available at Womensphere.  Those folks make my blogroll.